Note to readers: Cat Zakrzewski is on vacation but will back at the helm of this newsletter on Monday, July  8. Not to worry, however, we have a parade of awesome guest writers to entertain you in the interim. Thanks for reading.

So, about last night. Andrew Yang, who says he's running "the nerdiest campaign in presidential history," made an almost immediate splash when he arrived without a tie on the second night of the first presidential Democratic debate. That may be the norm in Silicon Valley, but is considered pretty bold when it comes to political style (he did sport an American flag pin on his suit jacket, though.)

The former head of Venture for America, a nonprofit that sends entrepreneurs into cities to help revitalize them, Yang brought his passion to the stage on how to deal with economic disruption and a universal basic income for all Americans.

And like Wenesday night, Amazon got name-checked on the debate stage in terms of how to pay for his UBI, which would give $1,000 monthly to all Americans.

“Oh, so it's difficult to do if you have companies like Amazon, trillion-dollar tech companies, paying literally zero in taxes while they're closing 30 percent of our stores," he argued. (The Washington Post is owned by Jeff Bezos, who is chief executive of Amazon.)

Yang also believes the United States needs some form of value-added tax, which he says will will generate $800 billion in revenue and spark economic growth along with his UBI.

"We'd save money on things like incarceration, homelessness services, emergency room health care, and just the value gains from having a stronger, healthier, mentally healthier population would increase GDP by $700 billion," he said.

Yang is especially concerned with the automation of the workforce, which he says helped elect Donald Trump in key swing states. He thinks his proposals for UBI and a value-added tax will help those at the bottom end of the income spectrum readjust to the changing economy.

"We automated away 4 million manufacturing jobs in Michigan, Ohio, Pennsylvania, and Wisconsin, and we are about to do the same thing to millions of retail jobs, call center jobs, fast food jobs, truck-driving jobs and other jobs through the economy," Yang said.

It's an interesting position for the only real tech alumnus on the Democratic debate stage. Yang isn't stressing the biggest issues between Silicon Valley and Washington: whether to break up big companies like Facebook and Google, and how to regulate fake and other malicious content sewn by bad actors on social media platforms. In fact, he told the New York Times he isn't necessarily in favor of breaking them up.

“The temptation though is to say break them up, which is frankly a 20th century solution to a 21st century problem," Yang said. "Competition isn’t always the answer."

Right now, Yang isn't much more than a blip in then polls, but he made the debate stage and draws thousands to his rallies, supported by the Yang Gang online. We'll be tracking his progress, but meanwhile read this really great profile from The Washington Post magazine's Maureen O'Connor.

Meanwhile, in Japan where world leaders are attending the G-20:

BITS: Twitter will make it more difficult to read and find abusive tweets that are left up in the public interest, a decision that “could appease some longtime critics at the cost of opening a new political rift with the White House,” my colleagues Elizabeth Dwoskin and Tony Romm report. The new system will place a gray warning box over violating tweets with a message explaining they do not meet Twitter's content standards.

Twitter previously refused to moderate abusive tweets by politicians, including Trump, on the grounds they were newsworthy. Now users will have to click through a warning screen to see the tweets and the platform will reduce their appearances in feeds and searches. The policy will not be retroactive, so controversial tweets by Trump to his 61 million followers and Democratic lawmakers will remain unaffected.

Trump, who has repeatedly slammed Twitter for alleged conservative bias, claimed the company makes him more difficult to follow on Fox Business earlier this week. Twitter denies the allegations.

Twitter safety chief Vijaya Gadde first announced the company was considering this change in March during an interview at a Technology 202 Live event. The FBI seal is seen outside the headquarters building in Washington, DC. ( YURI GRIPAS/AFP/Getty Images)

Senior officials at a National Security Council meeting debated “whether to ask Congress to outlaw encryption,” Eric reports. Apple, Facebook and Google have increasingly baked end-to-end encryption into their products and services in recent years, especially as they're under pressure to take privacy more seriously.

“The two paths were to either put out a statement or a general position on encryption, and [say] that they would continue to work on a solution, or to ask Congress for legislation,” said one of the people that Eric spoke to.

But Eric reports the meeting did not reach a decision. That means for now, Silicon Valley will avoid a tussle with the government over encryption. Companies have argued that weakening encryption on their products for law enforcement could leave their users more vulnerable and less secure to a host of bad actors. BYTES: A Facebook contractor in Austin was fired this week after months of protesting working conditions for the company's content moderators who are responsible for reviewing harmful content on the website, my colleague Elizabeth Dwoskin reports. The employee who was dismissed had protested the content moderators' working conditions in the company's internal communications system, and he also posted videos of Bruce Springsteen and The Clash on his profile.

Moderators working for an Accenture subsidiary in Austin are also making a fresh push to improve their pay and other work arrangements, Elizabeth reports. The workers posted a new letter yesterday on the social network's internal Workplace forum, calling for a variety of reforms, including revisions to confidentiality agreements they say block them from getting clinical support to address the psychological toll of the job.

“Low pay, increased monitoring from managers, and strictly enforced production quotas have played a significant role in diminished morale in our workplace,” according to the letter reviewed by The Post. “People have been pushed to a point where they feel that their personhood, as well as their work, has been devalued because they are viewed as interchangeable parts in a machine.”

This is the fourth letter that the company's Austin moderators have penned this year, and it follows media reports in The Verge and The Post that have increased public scrutiny of Facebook's treatment of these workers, who are essential to the company's efforts to improve safety and security across its services. 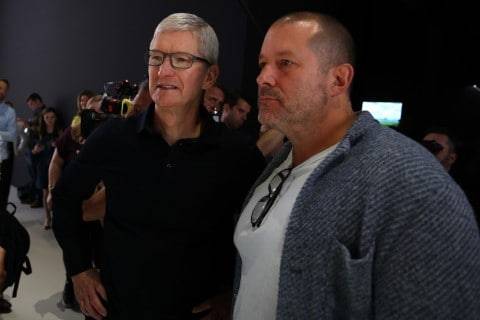 Technology
Jony Ive, the Apple design chief who played key role in iPhone’s creation, to depart after 30 years
Apple announced the senior executive’s departure Thursday, saying he will leave later this year to form an independent design company that will count Apple as a client. Ive has been an integral part of the company’s device designs, from 1998’s iMac to the company's new headquarters.
Reed Albergotti 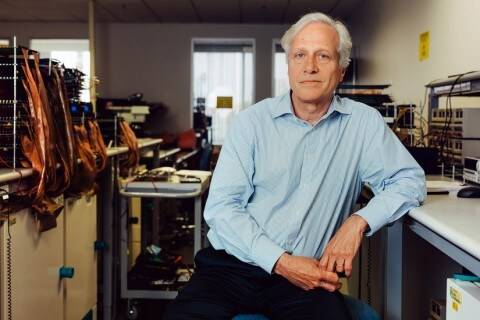 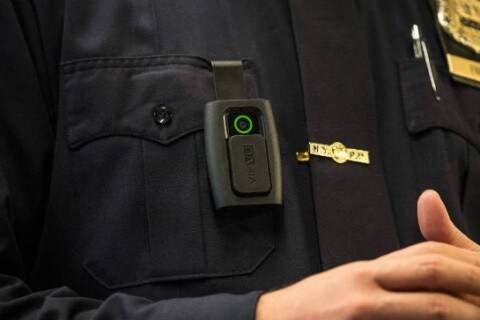 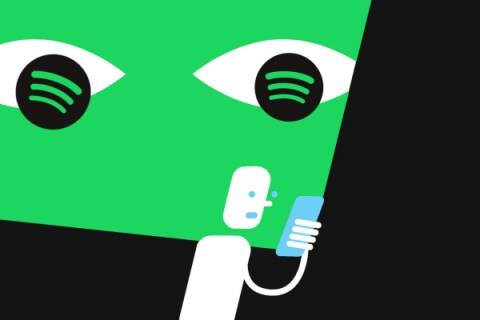 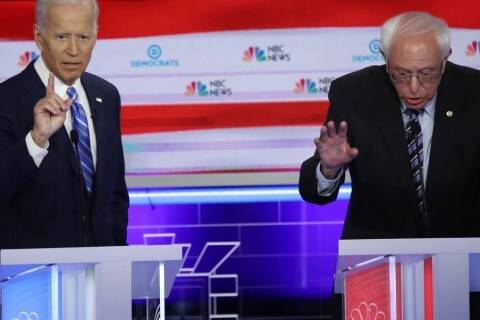 Biden pushes smart guns as solution for gun violence during primary debate
"No gun should be able to be sold unless your biometric measure could pull that trigger," Biden said.
The Verge 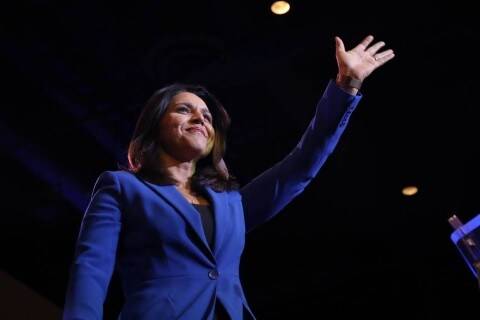 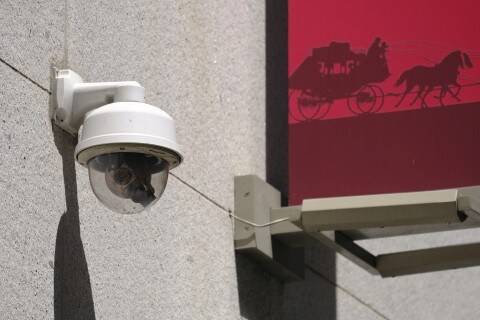 Somerville City Council passes facial recognition ban
The ban would make the city one of the first in the nation to prohibit government use of such software.
The Boston Globe
#TRENDING 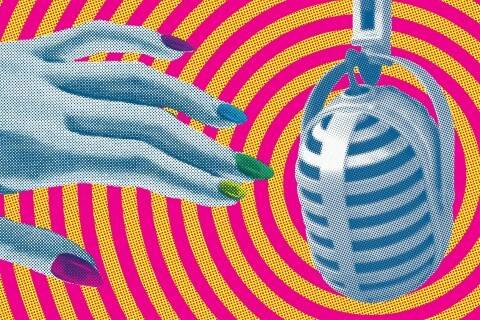 ASMR isn’t just about the whispers — it’s become a conduit for artistic expression
Hundreds of internet trends have come and gone - but not ASMR. Around the Bay Area, the sensory whispering video phenomenon is in a postmodern stage of rebirth as creators have begun to interpret it in artistic or therapeutic forms.
San Francisco Chronicle 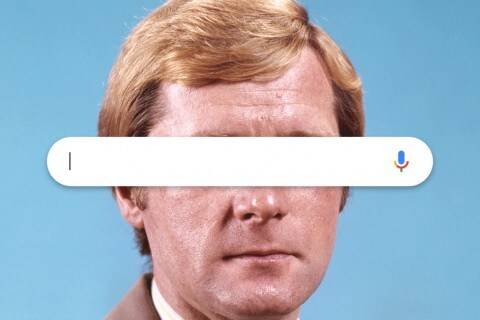 How Google Search Results Are Being Manipulated By Shady Online Reputation Consultants
Google-savvy reputation consultants will cover up arrests, poor customer reviews, and other image-killing content for the right price.
Buzzfeed
RANT AND RAVE

Sartorial update: once we pass universal basic income, @AndrewYang can purchase a tie

Washington Post fashion critic Robin Givhan thought it was a fitting look for the tech candidate.

Well, @AndrewYang is not wearing a tie. #DemDebate And if that's not a studied decision about attire, by the tech-candidate, II don't know what is.

While others, like comedian Matt Oswalt, speculated on who Yang was trying to reach:

Yang took at least one piece of his ensemble very seriously: