Rep. Alexandria Ocasio-Cortez (D-N.Y.) is now facing at least two lawsuits from critics she blocked on social media after a federal appeals court ruled President Trump cannot shut off his critics on Twitter.

Joseph Saladino, a YouTuber whose video pranks have been criticized as racist, told me in an interview yesterday he is filing a complaint that argues Ocasio-Cortez violated the First Amendment when she blocked him in May.

Saladino, who is running as a Republican in New York's 11th district, sees it as a test for whether the legal system will hold Democrats to the same standard it held the president. “I want to see if the standards apply equally,” he said.

On the same day, former Democratic New York State Assemblyman Dov Hikind separately sued Ocasio-Cortez for blocking him. He told Fox News that like Trump, Ocasio-Cortez uses her account for political and policy commentary --- “so to shut a citizen off from her statements is a problem, as well as blocking me from petitioning her or seeking redress.”

No one is above the law. If the courts ruled POTUS can’t block people on Twitter, why would @AOC think she can get away with silencing her critics? pic.twitter.com/Ea498kTWEs

The lawsuits against Ocasio-Cortez could be just the beginning. The appeals court decision, which upheld an earlier ruling that Trump violated the First Amendment when he blocked users who criticized him or his policies on the Twitter feed he uses to communicate with the public, could have wide-ranging consequences for how all elected officials manage their social media accounts.

“I think the principles applied by the court apply much more broadly to public officials across the country and at all levels of government,” Katie Fallow, a senior attorney at the Knight First Amendment Institute at Columbia University, told me. Fallow represented the individuals who sued Trump for blocking them.

Fallow said if Ocasio-Cortez uses her Twitter account to conduct official business and using government resources to run it, the court's ruling against Trump would likely make her vulnerable in court. The appeals court ruled that public officials discussing government business on social media cannot exclude people from an otherwise open online dialogue, siding against Justice Department lawyers who argued that @realDonaldTrump is a personal account and can block followers he “does not wish to hear,” my colleague Ann E. Marimow reports.

Fallow said she had not looked closely at Ocasio-Cortez's account to determine if it is being used the same way as Trump's. However, Ocasio-Cortez frequently posts policy positions on Twitter and often wields her Twitter account to drive the political conversation. Ocasio-Cortez is one of the most prominent Democrats on Twitter with 4.6 million followers — which is about 2 million more than the country's most powerful Democrat, House Speaker Nancy Pelosi.

“We aren’t sure what she’s afraid of,” Patel told me. “We are for free speech and happy to debate anyone.”

But though Ocasio-Cortez is in the spotlight, she's not the only politician besides Trump to face criticism for blocking users on social media. Earlier this year, the New York Civil Liberties Union sent Rep. Peter T. King (R-N.Y.) a letter complaining that he was blocking more than 70 constituents on his Facebook page and said it would sue King if people remained blocked.

The NYCLU says in response King's office created a new, official Facebook page that won't block users based on their opinion. His original page will be used only for campaign purposes.

“I maintain my campaign Facebook page and have started a government Facebook page to accompany the government Twitter account which I have had for a number of years without ever blocking anyone,” King told me in a statement. “This is a win-win.”

The ripple effects could extend across the country. Gary Fineout, a Florida-based reporter, noted the ruling could have implications in his home state:

This case could have ramifications in Florida where some elected officials have blocked their critics as well https://t.co/YhIl7j9Nvx

Today at 4 p.m. The Washington Post will bring together top innovators, key government officials, cutting-edge urban planners and business leaders to discuss how “smart city” technologies, new digital infrastructures and groundbreaking ideas about mobility are reshaping the cities of today and laying the foundation for cities of the future. You can sign up for the livestream here. “They're advocating for a particular kind of social media system where they are allowed to harass, defame, [and] post indecent content, and not be censured for it, and not be moderated in any way,” Joan Donovan, the director of the Technology and Social Change Research Project at Harvard University told my colleagues. “They want the benefits of social media with none of the civility.”

The guests invited include Project Veritas founder James O’Keefe, whose recently released a video aimed at making Google look biased against Republicans that was then cited by Trump. Ben Garrison, a cartoonist who has been criticized for hateful imagery, also said he was invited to the summit. However The White House told Politico last night that Garrison will no longer be attending.

The White House did not invite any of the major tech platforms being discussed. Trump has ramped up his claims that Facebook, Google, and Twitter censor conservative users over the past month — often citing widely disputed evidence. Tech companies have repeatedly denied claims of anti-conservative bias. Trump’s campaign has purchased millions of dollars in ads on Facebook and Google this election cycle alone and he’s a frequent user of Twitter, where he has more than 61 million followers. NIBBLES: Twitter will no longer allow users to post statements that dehumanize or attack people on religious grounds, my colleague Hamza Shaban reported yesterday. Examples of tweets that the company will now remove include statements calling a religious group "rats," "maggots," "filthy animals," and "viruses.”

This is the second major change to Twitter’s moderation policy since a March shooting in Christchurch, New Zealand cast increased scrutiny on the role social media platforms play in online extremism. Twitter changed its platform to reduce the visibility of violating content by public officials last month. Twitter began exploring a policy banning dehmanizing speech in September, but after feedback narrowed the policy to focus on attacks against religious groups the New York Time's Kate Conger reported. The company hasn't ruled out expanding the policy to cover other protected classes and said in a blog post it's looking at expanding the scope of the policy.

Madihha Ahussain, special counsel for anti-Muslim bigotry at the non-profit Muslim Advocates called the new policy "a very positive step in the right direction" but questioned Twitter’s commitment to enforcement.

"Twitter has the potential to stop the spread of dangerous attack and conspiracy theories against Muslims and others that incite threats and violence, but only if its policies are robust and comprehensive,” Ahussain said in a statement. She cited the company’s refusal to remove an April tweet by Trump that attacked Rep. Ilhan Omar (D-Minn.) and spurred death threats against the Muslim lawmaker as one example of Twitter’s failure to take hate speech seriously.

But advocates were not completely satisfied by the company's changes and questioned Twitter’s reluctance to ban all forms of dehumanization.

“Twitter's failure to ban all forms of dehumanization immediately casts doubt on the company's commitment to fully stopping hate on the platform," Rashad Robinson, the president of online racial justice group Color of Change, said in a statement. BYTES: Representatives from Apple, Amazon, Facebook and Google will testify in front of the House Judiciary Committee about antitrust concerns next Tuesday, my colleague Tony Romm reports. The hearing will give House lawmakers their first crack at grilling Big Tech companies directly about bipartisan concerns over potential antitrust violations.

Scheduled to testify are Kyle Andeer, Apple’s vice president for corporate law and chief compliance officer; Nate Sutton, an associate general counsel at Amazon; Matt Perault, the head of global policy development at Facebook; and Adam Cohen, the director of economic policy at Google. The last hearing in the series focused on the impact of platforms including Facebook and Google on the news industry but neither company attended.

Tech companies have long denied allegations that their businesses are anti-competitive, but growing government scrutiny has forced them to go on the defensive. Federal regulators are also looking into potential antitrust violations; the Federal Trade Commission will be investigating Amazon while the Justice Department will have jurisdiction over Google, Tony previously reported.

As a part of its probe, the House has vowed to also take a look at “the government’s own competition laws and enforcement agencies,” Tony writes. Advocates have criticized the FTC for failing to enforce its own regulations against Facebook, causing some to question if imbuing the agency with more antitrust powers would make a difference. 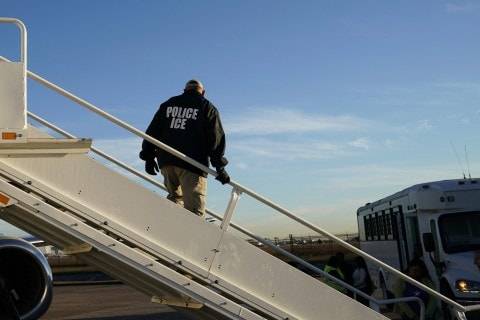 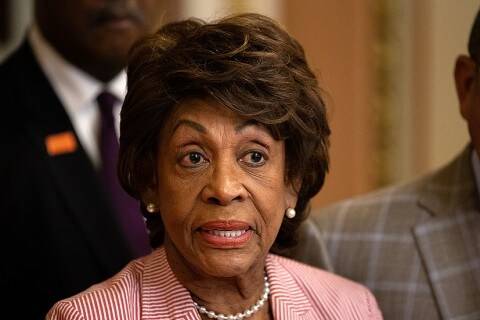 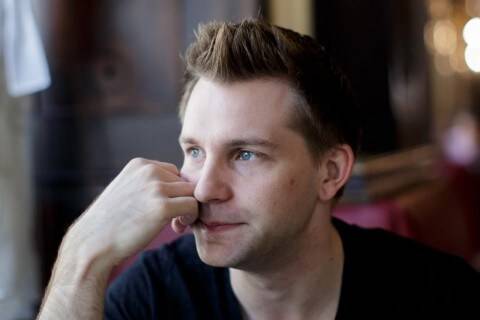 This European court case against Facebook could have implications far beyond tech
Austrian lawyer Max Schrems is good at making life difficult for Big Tech. But his latest case could have major implications for all sorts of companies.
CNN 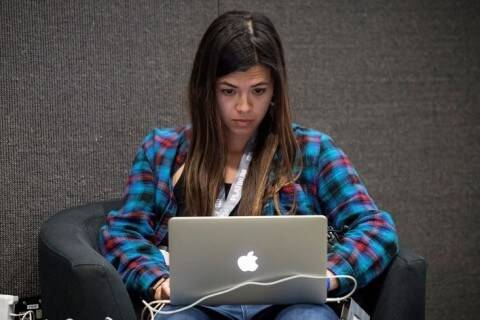 Regulators Eye the Auctions That Decide Which Web Ads You See
When you load a website, an electronic auction happens in milliseconds to determine which ads show up on your screen. Now, privacy regulators in Europe are beginning to scrutinize this process.
The Wall Street Journal
PRIVATE CLOUD 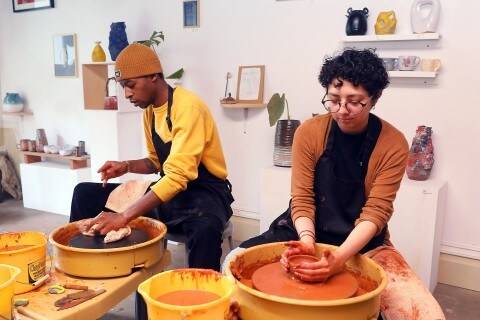 As Airbnb prepares for Wall Street scrutiny, its hometown is a key case study
Airbnb, long a flash point for controversy in its hometown, has achieved detente with San Francisco at the cost of slower growth — while pursuing other expansions that could stir new issues.
The San Francisco Chronicle 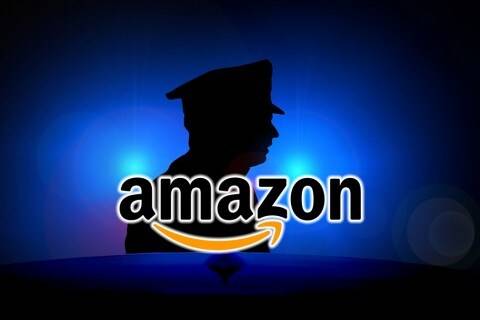 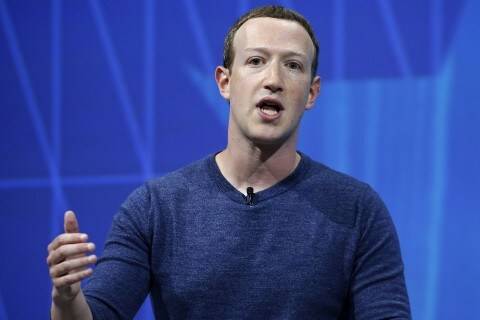 Facebook is going to start testing a bunch of experimental apps under a different name
Facebook will launch new consumer-focused apps under the developer name "NPE Team, from Facebook," to set expectations that the the apps will change quickly and be shut down if they're not useful.
CNBC 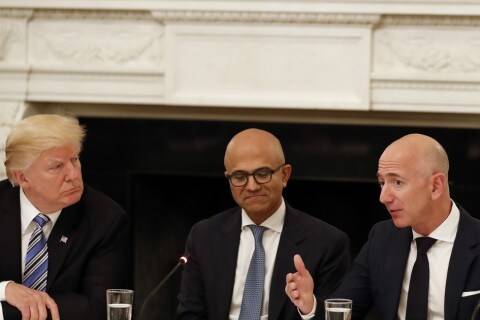 Amazon, Microsoft wage war over the Pentagon’s ‘war cloud’
Amazon and Microsoft are battling it out over a $10 billion opportunity to build the U.S. military its first "war cloud" computing system.
The Seattle Times
#TRENDING 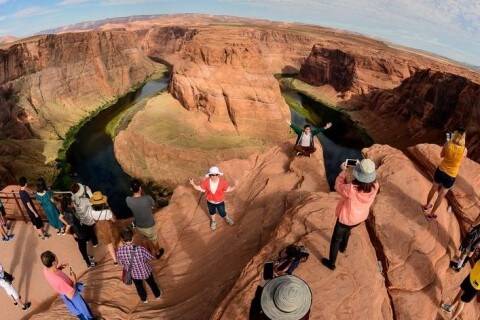 Instagram Turns Obscure U.S. Sights Into Social-Media Destinations
Across the U.S., smartphone-wielding masses are converging on picturesque attractions that many learned of on social media. Before Instagram, “no one really talked about Horseshoe Bend.”
Wall Street Journal 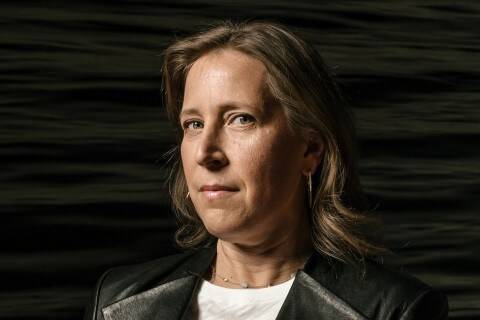 The Fight for the Future of YouTube
The video giant’s recent travails underscore a basic question: How “neutral” should social-media platforms try to be?
The New Yorker
CHECK-INS