Former special counsel Robert Mueller issued a stark warning to lawmakers this week that the threat of disinformation on social media is only expanding. And it served as a reminder that, in the three years since the Russian plot to influence the 2016 election, Congress hasn’t passed any legislation to address it.

Democrats are seizing the moment to pressure their Republican colleagues to address election interference before there's a repeat in 2020. They're accusing the Senate Majority Leader Mitch McConnell (R-Ky.) of blocking bipartisan legislation from moving forward.

From Sen. Mark Warner (D-Va.), the top Democrat on the Senate Intelligence Committee:

If he would let it, the Senate could get serious about election security right now. Let’s hold hearings. Let’s vote. Let’s do our jobs. https://t.co/nnAYb0XVPN

One bill that has been languishing in Congress is the Honest Ads Act, of which Warner is a co-sponsor. The bill would regulate digital campaign ads on platforms like Facebook and Google, requiring the companies to maintain public databases of political ads purchased on their platforms, as well as to take reasonable steps to prevent foreign actors from purchasing ads on the platform.

Ads on platforms such as Facebook were one of the key ways that Russian actors sought to amplify disinformation and sow discord ahead of the 2016 election. McConnell has previously expressed skepticism about mandatory disclosures for ads on social media platforms. Sen. Amy Klobuchar (D-Minn.), another co-sponsor of the bill, said at a Post Live event earlier this week that Congress should be “putting in place rules of the road on the propaganda, especially paid ads.” She said the companies should have to reveal those ads “and not just voluntarily in all their crazy ways; in a set way.” She also slammed Republican leaders for blocking that bill, which was initially co-sponsored by the late Sen. John McCain (R-Ariz.) and is now backed by Sen. Lindsey Graham (R-S.C.).

“They've stopped the Honest Ads Act, which requires this public airing of what these ads are, just like The Washington Post or ABC or CNN would have to explain what the ads are and who's paying for them,” Klobuchar said. “Not true of our friends in the social media.”

Expect them to use Mueller's words to make their case for urgency. Mueller said Wednesday that the Russian interference efforts in 2016 were not “a single attempt.” He warned the Russian actors plan to do it during the next campaign, and that other countries might follow suit. “Many more countries are developing capability to replicate what the Russians had done,” he said.

My colleagues Craig Timberg and Tony Romm also write this week that disinformation experts have spotted Twitter operations linked to Iran mimicking some of the techniques Russia used to sway the 2016 election. Twitter has already removed 7,000 phony accounts from Iran this year alone. Iran is far from the only country with these capabilities, and researchers expect this election season American voters will be targeted with more foreign disinformation than ever before.

Without any momentum for legislation, the companies are making their own way -- with mixed results. Facebook and other major social media companies have said that, in the absence of legislation, they're proactively building measures to make it possible for the public to track political ads on their websites. But  the New York Times published an investigation yesterday that found that the online library Facebook built to track these political ads is falling short of the social network's promises.

“While ordinary users can look up individual ads without a problem, access to the library’s data is so plagued by bugs and technical constraints that it is effectively useless as a way to comprehensively track political advertising, according to independent researchers and two previously unreported studies on the archive’s reliability, one by the French government and the other by researchers at Mozilla, the maker of the Firefox web browser,” the Times's Matthew Rosenberg wrote.

Facebook isn't the only company whose ad transparency tools are coming under scrutiny. Both the French government and Mozilla researchers found that Google's ad tool was functioning better than Facebook's, but it included only political ads and not issue ads -- which were one of the main tools by Russians in 2016. The French researchers also found that Twitter's advertising center did not offer a comprehensive accounting of all the political ads on the platform. BITS: Facebook co-founder Chris Hughes has been a key tool in a quest by academics and lawmakers to break up the tech giant, my colleagues Elizabeth Dwoskin and Tony Romm report. In recent weeks Hughes has made the rounds with regulators at the Justice Department, the Federal Trade Commission and state regulators, and members of Congress on both sides of the aisle, bringing with him an expanded 39-slide presentation laying out a point he made in a New York Times op-ed earlier this summer: Facebook needs to be broken up.

“I hope that my speaking out provides cover to a lot of other folks, whether former employees or current ones, to express ambivalence or concern about what’s going on,” Hughes told Elizabeth and Tony in an interview. “And I think there’s a lot to be concerned about.”

The presentation is guided by a case long made by academics: Facebook has moved into monopoly territory by systematically acquiring rivals such as Instagram and WhatsApp. While Hughes cashed out of Facebook over a decade ago, he “can frame the business practices of present-day Silicon Valley in ways that jibe with largely untested antitrust laws that were written for major oil and rail companies decades ago,” an advantage that could be crucial to an antitrust case Facebook says the FTC has launched. (Hughes might also be providing names of potential sources for investigators, Steve Lohr at the New York Times reported.) NIBBLES: The campaign for 2020 contender Rep. Tulsi Gabbard (D-Hawaii) is suing Google for $50 million after the platform suspended her campaign from advertising for six hours after the first Democratic debate in June. Gabbard is also claiming Google has been sending her campaign’s emails to spam at a higher rate than other Democratic candidates — treatment she claims amounts to political censorship, the New York Times’s Daisuke Wakabayashi reports.

“Google’s discriminatory actions against my campaign are reflective of how dangerous their complete dominance over internet search is, and how the increasing dominance of big tech companies over our public discourse threatens our core American values,” Gabbard told the Times. Google said the campaign’s account was suspended because changes in account behavior flagged an automated fraud detection program.

Gabbard, like other 2020 candidates including Sen. Elizabeth Warren (D-Mass.), has called for the breakup of Big Tech. But her new claims more closely aligns with increasing alarm from conservatives about the unchecked power these platforms have to influence what content users see.

Tech experts have slammed the suit for echoing unfounded claims by prominent conservatives that big tech companies discriminate against their content — even going as far as to cite the claims in the filings, as NBC News’s Ben Collins pointed out.

Tulsi Gabbard's lawsuit against Google cites Robert Epstein, a Breitbart favorite and star of the documentary "The Creepy Line," made by the same Breitbart-aligned folks who created Clinton Cash.

It has a Breitbart defense embedded in it, too. pic.twitter.com/iTu7gBVO1p BYTES: The Justice Department is poised to end its silence on the T-Mobile and Sprint merger and scheduled an 11 a.m. ET press conference today, with antitrust chief Makan Delrahim set to "announce a significant merger enforcement action," Ina Fried reports in Axios. The press conference comes after the Justice Department delayed a decision on a $26 billion merger between T-Mobile and Sprint while it lobbied states opposed to the merger for support, Drew FitzGerald at the Wall Street Journal reports.

A group of 14 Democratic state attorneys general filed an antitrust suit in June to preemptively block the merger, claiming it would drive up prices for consumers. To clear resistance, the Justice Department worked with T-Mobile and Sprint on a deal that would allow Dish to pay $1.4 billion for Sprint assets and create a competitor to allay antitrust concerns. It was expected that the agency would settle with the companies this week and approve the merger. But now the DOJ is attempting to get state attorneys general onboard with the settlement before moving forward, Drew reports.

The merger, first announced in April 2018, received approval from the Federal Communications Commission in May. 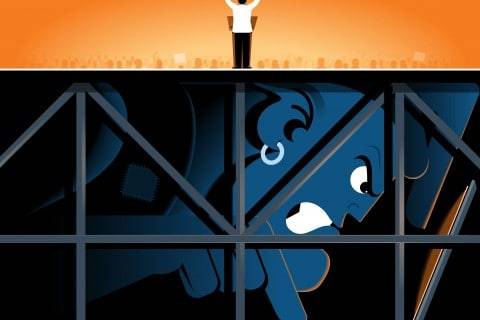 Asia & Pacific
Why crafty Internet trolls in the Philippines may be coming to a website near you
Once known as a call-center hub, the Philippines is now a clearinghouse for social media deception. And it’s going global.
Shibani Mahtani and Regine Cabato 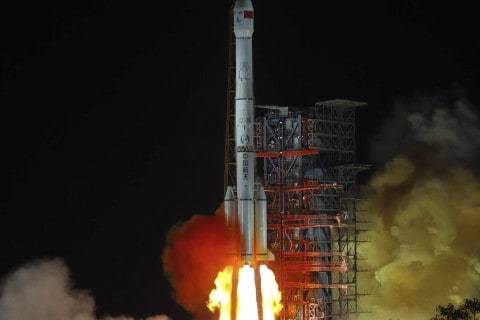 Space
Another front in the tensions between the U.S. and China: Space
NASA is working to determine the future of the aging International Space Station, whereas China is planning to launch a station of its own within the next few years.
Christian Davenport 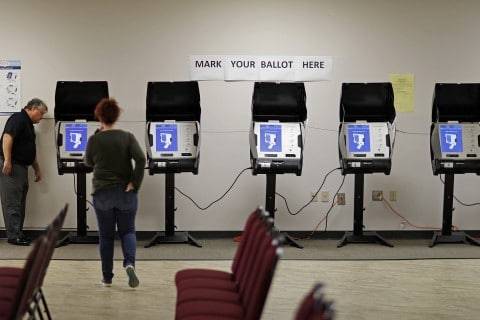 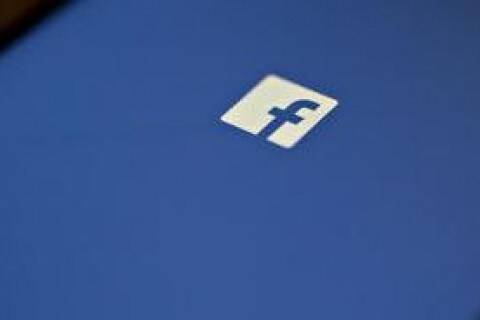 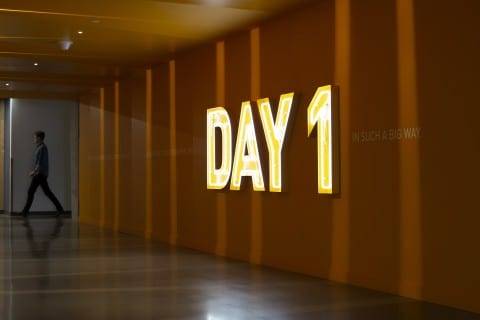 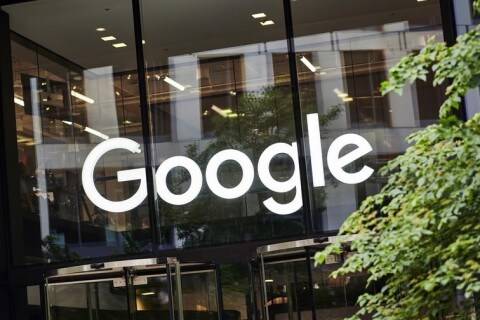 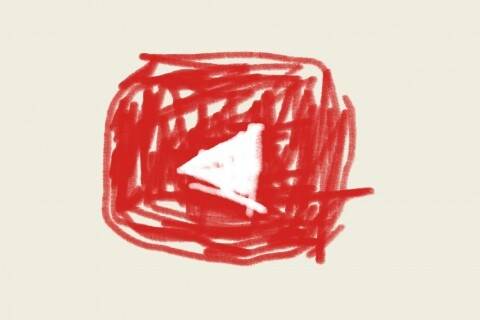 The Secret to Success on YouTube? Kids
A study by the Pew Research Center finds that videos including children younger than 13 get three times as many views as others.
Wired 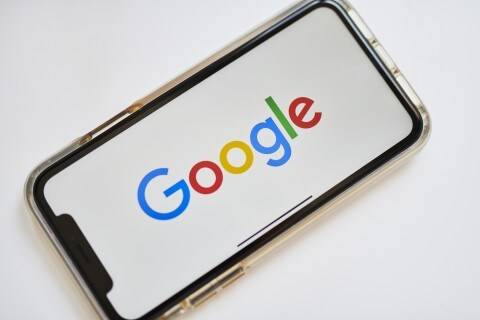 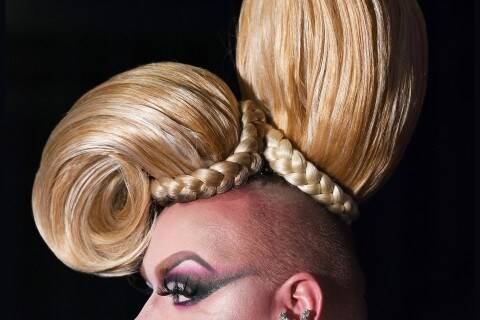 Drag Queen vs. David Duke: Whose Tweets Are More 'Toxic'?
Opinion: Researchers used Google's AI tool to rank the harmfulness of tweets by white nationalists and drag queens. The results were discouraging.
Wired 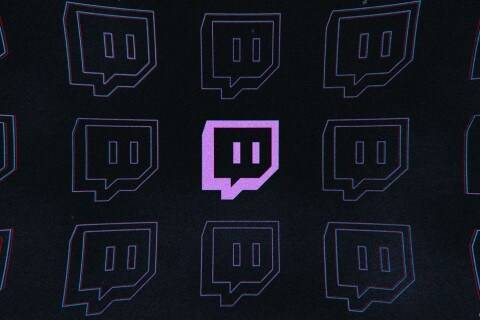 My colleague Peter Holley writes about a company that claims to offer a safer way to make robotic deliveries.