The Technology 202: Silicon Valley can breathe a sigh of relief after that Democratic debate Silicon Valley executives can breathe a sigh of relief. As two of the tech industry’s top challengers appeared in last night's Democratic debate, its recent political woes got little airtime.

Right out of the gate, it seemed like it could be a tough night for techies, as Sen. Bernie Sanders (I-Vt.) slammed Amazon in his opening remarks, calling out the company for not paying “one nickel in federal income tax” last year. But mentions of other tech companies -- or privacy, data breaches or their expanding power -- largely stopped there. Except if you count when former Colorado governor John Hickenlooper said “Google it."

That's surprising given how the two top-polling candidates onstage, Sanders and Sen. Elizabeth Warren (D-Mass.), have made Facebook and Amazon symbols of their broader push against the concentration of corporate power on the 2020 campaign trail.

Warren particularly made a splash with her plan to break up Google, Facebook and Amazon earlier this year, but antitrust issues didn’t come up at all last night — even after federal agencies announced a flurry of new investigations into tech companies’ power in the weeks since the first round of debates last month. (Amazon chief executive Jeff Bezos also owns The Post.)

Big Tech was clearly preparing for a challenge from the liberal candidates. One trade group, TechNet, issuing a warning before the debates kicked off that “big doesn’t automatically mean bad.”

“The growth and expansion of these companies should be a source of pride because it has led to jobs and opportunities across the entire country,” said TechNet chief executive Linda Moore in a blog post. “As the candidates continue to formulate their ideas to promote healthy economic competition, we want to ensure we do not stray from the core mission of antitrust law to protect consumers from harm.”

Technology companies have been a ripe target for candidates this campaign season as public trust in the companies has faltered in the wake of high-profile data privacy mishaps, such as Facebook’s Cambridge Analytica scandal. But as candidates tried to prove onstage that they were the contender who could ultimately take on President Trump, they focused on other hot-button political topics with perhaps broader appeal, such as health care, immigration and climate change.

“These questions were largely orthodox horse race stuff,” said Matthew Stoller, a fellow at the Open Markets Institute, a think tank that has called for greater antitrust action against the tech giants.

There's been a shift in public opinion about the tech companies in the last four years — but it's not clear if that's going to impact voters' decisions at the polls in 2020.

But people still don’t seem to distrust them as much as other institutions that have been political targets. While 33 percent of respondents said technology companies are having a negative impact on the U.S., there was a 39 percent faction that said the same of banks and 64 percent about the news media.

However, tech giants such as Amazon and Google still have cause for concern beyond tech policy issues: Pew found 53 percent of Americans say large corporations specifically are having a negative effect on the country. That's likely why most of the candidates have been linking the companies to broader themes around how corporate giants are exacerbating economic inequality in the U.S. At one point last night, South Bend, Ind., Mayor Pete Buttigieg made a quick reference to his new plan to take on gig economy companies such as Uber and Lyft to ensure that drivers who are currently classified as independent contractors get more protections, including a minimum wage.

It's likely that there could be more tech news onstage tonight as the second round of debates kicks off. Both Sen. Kamala D. Harris (D-Calif.) and Sen. Cory Booker (D-N.Y.) will be onstage, and they have deep ties to Silicon Valley.

It could also be tech entrepreneur Andrew Yang's last chance to be on the debate stage and make his case for a universal basic income, which he says will protect American workers against a coming wave of job automation driven by artificial intelligence. Rep. Tulsi Gabbard (D-Hawaii), who sued Google last week for censoring her campaign, will have her moment in the spotlight. Expect her to potentially make a case against the company's dominance. She said during an interview on Fox News this week that Google's power is a threat to elections and free speech.

“Tech platforms will continue to be in the spotlight because they are unavoidable centers of power in our elections and our commerce,” Stoller told me. BITS: Members of Congress wasted no time in using the breach of over 100 million credit card applications at Capital One to call for stricter laws regarding consumer privacy.

Sen. Ron Wyden (D-Ore.) suggested that stronger laws such as the one he's been pushing are needed to hold CEOs accountable for breaches:

I’m sick of waking up to headlines revealing that millions of Americans had their information stolen because a billion-dollar company failed Cybersecurity 101. Corporations will only take Americans’ privacy seriously when CEOs are held personally accountable.

Another day, another data breach.

This is exactly why @JanSchakowsky and I are crafting comprehensive data privacy and security legislation to protect consumers. https://t.co/vrDbcq4vkY

Efforts by both parties in Congress to roll out new privacy legislation has moved slowly, but the newest breach could add urgency to the process. Much like with Equifax, which recently paid out $700 million to settle with U.S. regulators after exposing the social security numbers of more than 147 million Americans in 2017, lawmakers are also looking to haul in the company for a congressional hearing.

Congress must investigate this immediately. We're all tired of hearing about these data breaches that put millions at risk. Enough is enough already. We must have a hearing on this.https://t.co/bEmGLFe1gO

Capital One is already facing an investigation from the New York Attorney General's office as well as a class action lawsuit filed in federal court yesterday.

NIBBLES: Trump amplified two Twitter accounts affiliated with online conspiracy theory community QAnon, my colleagues Tony Romm and Colby Itkowitz report. This is just the latest instance of the president using his account to amplify fringe followers who believe that there is a conspiracy theory to overthrow him.

One of the accounts retweeted by Trump was suspended a few hours later for violating community standards prohibiting using multiple accounts to spread spam, Betsy Woodruff and Kevin Poulsen at the Daily Beast report. The president retweeted a tweet from the now-suspended account that read “DEMOCRATS ARE THE TRUE ENEMIES OF AMERICA!” Just a few days earlier, the user had espoused statements promoting Q-Anon and theories that Democrats had murdered children for body parts.

Trump also tagged one user in a tweet calling for voter identification laws – helping the user’s reach grow from just 2,000 followers to over 11,000.

We should immediately pass Voter ID @Voteridplease to insure the safety and sanctity of our voting system. Also, Paper Ballots as backup (old fashioned but true!). Thank you!

While it’s unclear if Trump knows he’s amplifying supporters of the conspiracy, getting the president’s attention can embolden believers, Tony and Colby report. Almost immediately after the tweets, QAnon followers discussed the president's action on 8chan, a forum popular for spreading QAnon conspiracies.

BYTES: Ring, Amazon’s home security company, has been dictating how law enforcement agencies discuss their use of the technology with both their communities and the press, Dell Cameron at Gizmodo reports. Partnering with Ring allows for police departments to request surveillance footage from the devices of customers. In return, police departments promote the company to citizens. But the partnerships are often kept in secret from the community, making it more difficult for citizens to know what surveillance measures are being used against them.

Documents obtained by Gizmodo from three states show that Ring “pre-writes almost all of the messages shared by police across social media, and attempts to legally obligate police to give the company final say on all statements about its products, even those shared with the press.” In some cases, the negotiations over how to communicate the partnership were guided to maximize purchases of Ring through local subsidies for homeowners.

But not all law enforcement agencies seem to be on board with the aggressive strategy. At least one police department in Florida, where Ring has a number of partnerships, refused to accept Amazon's terms due to concerns it would violate public records laws in the state. 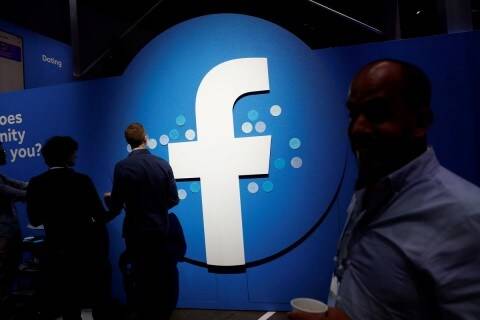 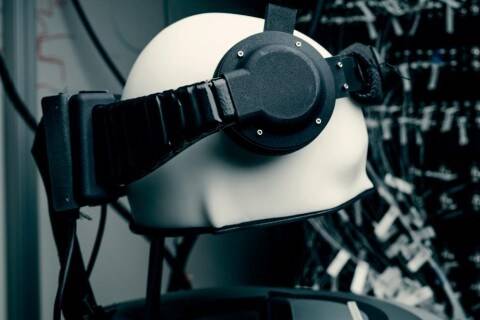 Facebook gets closer to letting you type with your mind
Elon Musk's Neuralink isn't the only company that wants to send your thoughts straight from your brain to a computer.
CNN 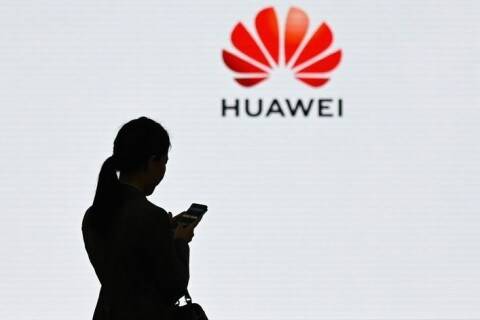 Huawei Shows Resilience in the Face of U.S. Blacklisting
The Chinese company said its first-half revenue rose 23% from a year earlier, as the technology giant appeared to shrug off the impact of a U.S. supplier blacklisting.
Wall Street Journal 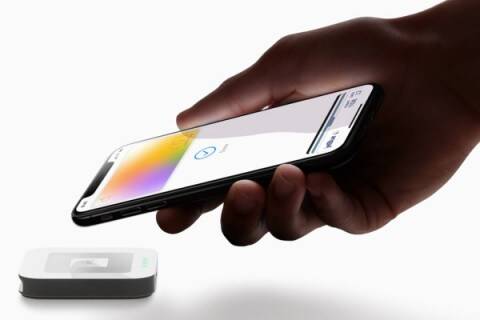 Tim Cook confirms Apple Card is rolling out next month
Apple hitting its release timelines has become far from certain these days, cough, cough AirPower, but the Apple Card will be released during the summer time frame it was given at launch. CEO Tim Cook announced on the company’s quarterly earnings call that the Apple Card — which Apple h…
TechCrunch
PUBLIC CLOUD 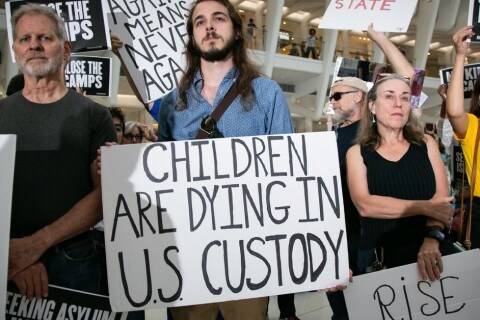 Microsoft, Dell, Concur: Here are all the tech companies doing business with ICE and how much they’re getting paid
Tech companies big and small are making money off Immigration and Customs Enforcement.
Recode 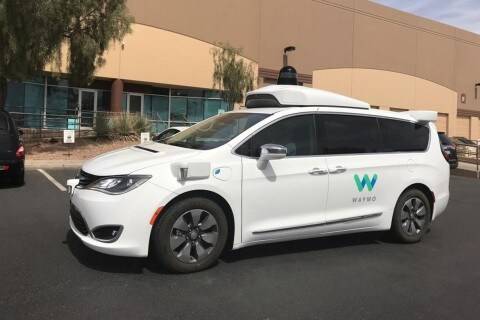 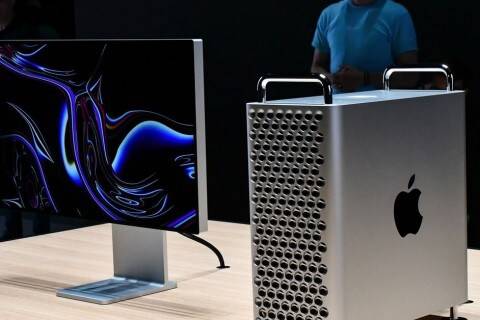 Apple baits Trump by saying it wants to keep making Mac Pro in the US
The "trash can" Mac Pro was assembled in the US.
The Verge 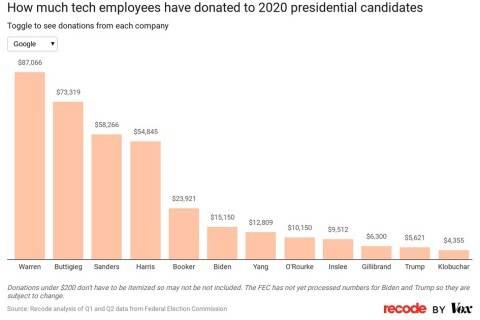 Why Google employees are donating to Warren and Sanders — candidates who want to break up Google
They say these candidates are good for society, good for tech, and — surprisingly — good for Google.
Recode
RANT AND RAVE

Mike Issac, a tech reporter at the New York Times, counts down to the real internet primary:

based on the reactions to williamson, yang and gravel, 2024 will be the battle of the youtubers vs the tiktok-ers for memepotus 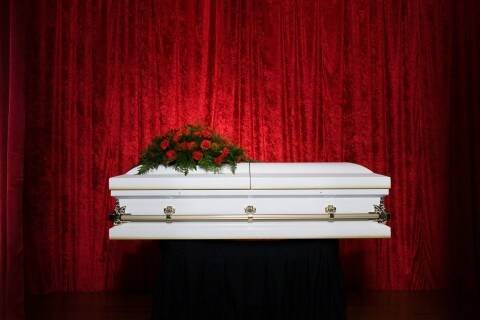 Now Even Funerals Are Livestreamed—and Families Are Grateful
With friends and relatives dispersed, a growing number of funeral homes will stream services, and demand is increasing.
Wired 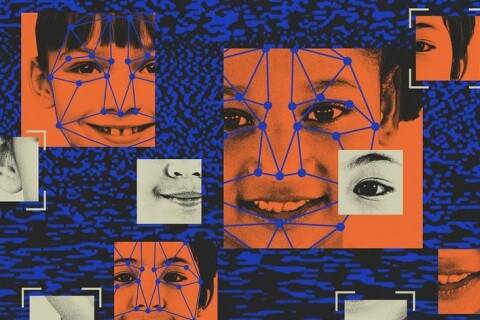