The Technology 202: Did Andrew Yang succeed in stoking a debate on AI and universal basic income? Tech entrepreneur Andrew Yang joined the race with the goal of making it to a debate to stoke a national conversation about the threat artificial intelligence poses to American jobs and the need to create a universal basic income.

Since last night might have been his last chance to press his message onstage, it's a fair time to evaluate: Did he achieve his goal?

Yang was particularly effective at pushing his warning about the disruptive effect AI will have on common jobs such as trucking, and devoted particularly strong closing remarks to his signature proposal of giving every American $1,000 per month. “We need to be laser-focused on solving the real challenges of today, like the fact that the most common jobs in America may not exist in a decade, or that most Americans cannot pay their bills,” he said.

But he had the least speaking time of any candidate across both nights. And Yang’s pet platforms have so far failed to catch on with other, higher-polling Democratic candidates. Nor did they emerge as key themes in moderators' questions across the first two rounds of debates.

In fact, Yang is the only candidate who even said the words “artificial intelligence” during the past two nights. He blamed the lack of attention on the media, which he complained focused on the fact he wasn't wearing a tie instead of his policy positions, and on his opponents for trying to drag each other down on other political hot-button issues.

“Instead of talking about automation and our future, including the fact that we automated away 4 million manufacturing jobs, hundreds of thousands right here in Michigan, we're up here with makeup on our faces and our rehearsed attack lines, playing roles in this reality TV show,” Yang said. “It's one reason why we elected a reality TV star as our president.”

All this highlights just how difficult Yang’s goal is in a bitterly competitive field, and being just one of 20 candidates to qualify for the first two rounds of debates.

Yang may be out of chances to make an impact. It remains to be seen if Yang will qualify for the third round of debates in September. The Democratic National Committee requires candidates to both reach 2% in four DNC-approved polls and obtain 130,000 donors from 40 states. Yang has met the donation threshold, and earlier this week his campaign announced he also hit the polling requirement. But the DNC rejected Yang for submitting two NBC-sponsored polls, saying that candidates can only count one, according to The Hill.

Yang's performance was especially fiery considering CNN moderators gave him little opportunity to talk about his economic concerns. Last night CNN moderators asked only one question about how they would balance the disruptive effect automation can have on jobs against its benefits, and they aimed the question at Sen. Michael F. Bennet (D-Colo.). Bennet didn’t directly answer the question, suggesting the U.S. needs to invest more domestically in infrastructure rather than in conflicts in the Middle East.

In the first round of debates in June, California Rep. Eric Swalwell, who has since dropped out of the race, also weighed in on the issue. But so far none of the top-polling candidates such as former vice president Joe Biden, Sens. Bernie Sanders (Vt.) or Elizabeth Warren (Mass.) have bitten. It's unclear if anyone will bother bringing it up if Yang doesn't qualify for the next round, given how much attention has been spent on health care and immigration.

Yang, the former head of Venture for America, a nonprofit that sends entrepreneurs into cities to help revitalize them, has garnered strong support online from supporters known as the “Yang Gang” and from prominent figures in Silicon Valley. His donor base includes Twitter chief executive Jack Dorsey and Y Combinator chairman Sam Altman.

But alongside sitting members of Congress, governors, mayors and a former vice president, some of Yang's ideas can seem out of left field. His response to a question on climate change was widely panned on Twitter after he suggested the best way to combat climate change is to start moving people to “higher ground” and give them economic resources to protect themselves.

Wait. Did Andrew Yang just say we all need to literally move to higher ground so that we won't die in a climate induced disaster?

Whether or not Yang makes it back to our prime-time TVs, he gets an A for effort to get a critical topic in the tech industry into the political discussion. From Shareblue senior writer Oliver Willis: BITS: Democrats didn't mention Facebook even once over two nights of Democratic debates. The silence comes despite the fact that the social media company recently settled with the Federal Trade Commission for a record $5 billion to close an investigation into years of alleged privacy violations, including revelations that the political consultancy firm Cambridge Analytica obtained Facebook data without users' consent to target U.S. voters.

This feeds into a larger trend of pressing tech topics going ignored during the early debates, but the absence of discussion didn’t go unnoticed.

Silicon Valley Rep. Ro Khanna (D-California) criticized the lack of questions about data privacy and used the opportunity to promote his own privacy legislation:

We've seen massive data breaches over the past few years but not one question on protecting privacy and consumer data at last night's #DemDebate.

The American people deserve to know where their data is stored and how it's being used.

We need the Internet Bill of Rights.

Khanna, who is also co-chair to Sanders's campaign, didn’t mention any companies, but several have been in the news recently. Equifax, which also recently settled with FTC, and Capital One, which recently announced its own record data breach, also went undiscussed. NIBBLES: Sen. Dianne Feinstein (D-Calif.) wants to give voters control over how political candidates use their personal data. She introduced a new bill that would allow voters to prohibit Google and Facebook from using their personal data to target them with “psychologically engineered political ads.” The legislation directly responds to privacy concerns raised by lawmakers and advocates since the Cambridge Analytica scandal.

“Political candidates and campaigns shouldn’t be able to use private data to manipulate and mislead voters. This bill would help put an end to such actions,” Feinstein said in a statement introducing the bill, known as the Voter Privacy Act. “This targeted manipulation not only undermines our democracy, it’s a threat to basic individual freedom.”

The Voter Privacy Act would guarantee Americans the right to be notified if a campaign receives any of their personal data, giving them a chance to review or delete the information.

While Facebook and Google are named in the legislation, campaigns also rely on dozens of data brokers in designing political advertising. BYTES: Venture capitalists see Pete Buttigieg as a winning investment, Julia Carrie Wong at The Guardian reports. More than 75 venture capitalists have donated to his campaign in the second quarter of 2019, putting him ahead of more conventional candidates with Silicon Valley ties like Cory Booker.

Buttigieg fits the innovative mold that venture capitalists look for when investing in companies, several investors told The Guardian.

“He’s got really concrete examples where he talks about using data in a city to make things work, really executional stuff that we see in start-ups,” Matt Hartman, a partner at Betaworks Ventures, told The Guardian. “For me, as someone who talks to a lot of companies and tries to understand what is their unique approach, it seems to me that he has a unique approach.”

When Biden told debate viewers to "go to Joe 30330" after other candidates listed their own campaign websites, Twitter immediately took him up on the offer. It turns out, Biden meant to tell users to text  “Joe30330.”

Parody accounts had already started to pop up. The race to grab domains was on, as a Post editor Tanya Sichnysky found:

The site "joe30330.com" went to a gag site for a candidate "Josh 3030," who redirected voters to donate to Pete Buttigieg.

But there were more. Even Trump's team got in on the action: 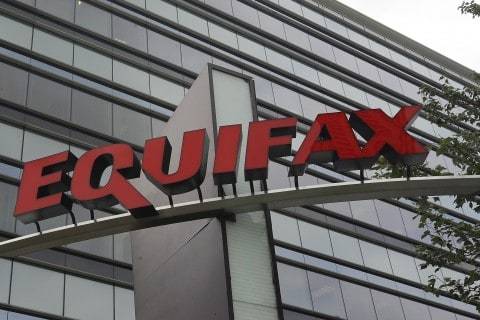 Business
Equifax promised up to $125 for the hack. Now, the FTC says you’ll get ‘nowhere near’ that amount.
As one victim of the hack wrote: “This is unacceptable. The court and Equifax knew there were 147 million claimants. Why offer $125 per claim and set aside only $31 million? Did someone forget to do the math?”
Eli Rosenberg 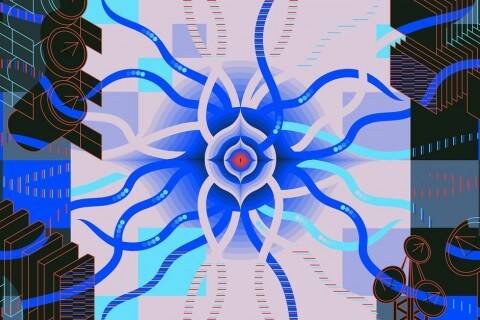 Meet the US’s spy system of the future — it’s Sentient
The classified artificial brain being developed by US intelligence programs.
The Verge 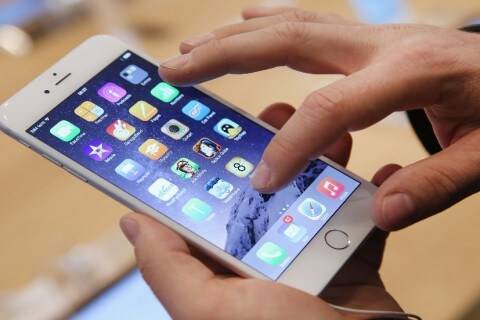 Artists group urges crackdown on Big Tech
A trade group representing musicians and other content creators wants Congress to take in their perspectives as it investigates the effects of large tech companies’ market power.
The Hill
PRIVATE CLOUD 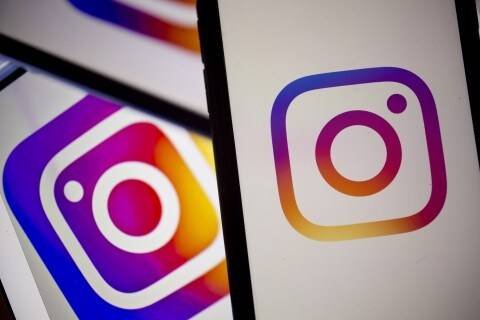 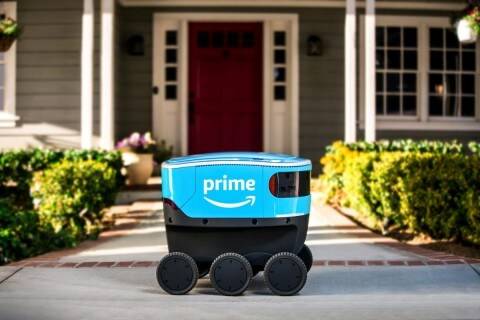 Getting under the hood of Amazon’s auto ambitions
Amazon.com Inc is expanding its transportation prowess to do virtually everythin...
Reuters 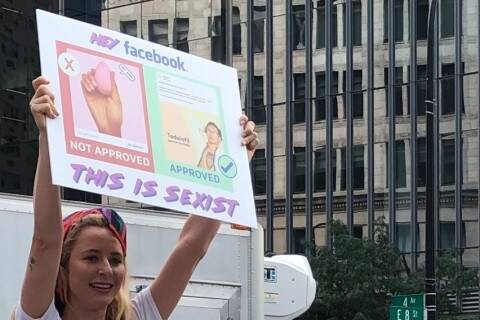 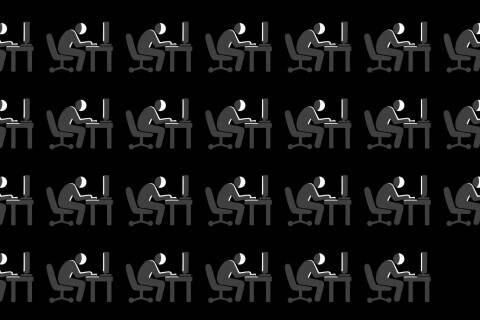 How Over 25 People Got Scammed Into Working At A Nonexistent Game Company
Brooke Holden had all but given up on breaking into the video game business.
Kotaku
#TRENDING 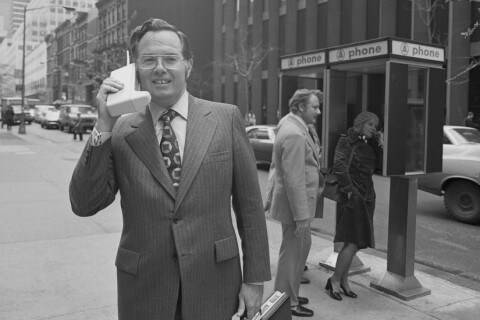 How Phones Made the World Your Office, Like It or Not
From desk to car to pocket.
The New York Times 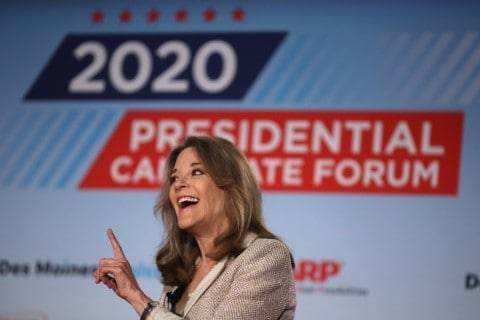 Style
Marianne Williamson’s fans made her the ‘orb queen’ of the 2020 campaign
Her first debate won her many devotees, from ironic meme-makers to earnest occultists.
Avi Selk
Subscriber sign in