Lawmakers from both parties yesterday ripped into officials from federal agencies charged with enforcing the country’s competition laws, raising questions about whether the agencies were up to the task of policing large technology companies.

Senators on the Judiciary Committee grilled officials from the Federal Trade Commission and Justice Department, who have opened probes into competition in the technology industry. They want to know how those agencies are collaborating with each other — as well as the 50 state and territory attorneys general who have launched antitrust investigations into Google. Senators raised concerns that antitrust laws haven’t been properly enforced, and they pressed the officials to give them more specifics about their probes -- which include the FTC's investigation of Facebook as well as the DOJ's broad review of competition in Silicon Valley and investigation of Google.

“The fact that you’re coming here without any specifics, I think, reinforces the impression that federal antitrust enforcement is an empty suit,” said Sen. Richard Blumenthal (D-Conn.). “Call it a culture of capitulation. What the public sees is a facade with respect to Big Tech and no immediate prospect of urgency.”

Sen. Josh Hawley (R-Mo.) also piled on, saying the agencies shouldn’t be given the increased funding or resources they’ve requested until they sort out their jurisdictional issues.

“What I see from your agency is frankly a culture of paralysis,” Hawley said. “I’m tempted to call it a culture of capitulation.”

The fiery hearing highlighted how the agencies could face an uphill battle in their efforts to take on some of the world's richest and most powerful companies. The officials both acknowledged that at times their agencies waste time on turf battles and infighting.

"I can’t deny that there are instances where [FTC] Chairman [Joseph] Simons and my time is wasted on those types of squabbles," said Justice's top antitrust official, Makan Delrahim.

These squabbles have been in the spotlight as the Wall Street Journal reports that both agencies have been engaged in a turf war over Facebook. The FTC sent a letter to DOJ last week complaining about that department's behavior, according to the Journal. The FTC is already probing the social-media giant, and taking a close look at the company’s past acquisitions. DOJ wants to scrutinize other company practices, but the Journal reports both think the other agency is violating agreements they reached in the summer.

Some lawmakers said the infighting raises questions about whether there should be two agencies with jurisidiction over antitrust.

“I have been critical of the fact that we have two federal agencies responsible for civil antitrust enforcement,” Sen. Mike Lee (R.-Utah) said during the hearing. “I have to say, your two agencies have done a remarkable job in recent months of making my points.”

Sen. Amy Klobuchar (D-Minn.) said she is concerned the United States needs to be focused on the bigger picture and look at the "monopoly issues of our time."  European regulators have been much more active on antitrust in the tech sector, and have brought major fines against American companies like Google.

The senators tough questions come after they loudly criticized recent government actions against Big Tech, particularly the FTC's attempts to fine the companies for privacy. Both Blumenthal and Hawley pressed the officials on their recent $5 billion fine against Facebook, which was widely criticized as a slap on a wrist.

Correction: This article has been updated to reflect that Sen. Josh Hawley is a Republican. BITS: Facebook finally unveiled its blueprint for an independent oversight board that will review the company's decisions over what content it chooses to remove, my colleague Tony Romm reports. The new Supreme Court-like panel could offer insight into the company's often opaque decisions about what constitutes harmful speech — and potentially allow top executives and engineers to deflect criticism, Tony writes.

The charter released yesterday outlines the oversight board will have around 40 members from around the world, each serving three-year terms. Starting in 2020, users can appeal moderation decisions to the board. The body will also be responsible for selecting “urgent” reviews and recommending policy generally.

Facebook's latest attempt at self-regulation coincides with growing scrutiny from lawmakers over the company's ability to rein in hate speech. Today, Facebook will join executives from Google and Twitter for the latest in a series of congressional hearings dedicated to discussing how social media companies can better prevent the spread of white supremacy and other extremist content. NIBBLES: The United States was not adequately prepared for foreign disinformation threats during the 2016 elections and isn’t equipped for election integrity challenges in the 2020 campaign, experts and policymakers warned during a symposium Tuesday on information and election security, my colleague Michelle Ye Hee Lee reports for the Technology 202.

There has not been enough meaningful progress in the United States on protecting from foreign disinformation threats, and it remains difficult for policymakers and private companies to create systemic changes that do not impinge on freedom of expression, the speakers said.

The event, co-organized by PEN America, the Global Digital Policy Incubator at Stanford University’s Cyber Policy Center and Ellen Weintraub, chairwoman of the FEC, emphasized the need for lawmakers, public policy organizations, technology companies and the media to fulfill their responsibilities in ensuring election integrity and fight the spread of disinformation online, including new regulations, transparency on user data, increased fact-checking in news coverage, and more, Michelle writes.

Camille Francois, chief innovation officer at Graphika, a firm that identifies the spread of information online, said efforts by foreign actors during the 2018 midterm elections showed there are new and “more insidious” tactics since 2016, and that these actors had become better at hiding their traces.

These heightened risks threaten the American electorate’s trust in U.S. institutions, experts said, noting their frustration at an inadequate level of public outrage or official response to foreign disinformation threats.

“We’ve seen how the misuse of technology threatens our democratic systems, our economy, and increasingly, our national security,” Warner said. “The truth is, the United States was caught flat-footed in 2016, and our social media companies failed to anticipate how their platforms could be manipulated and misused by Russian operatives. Frankly, we should’ve seen it coming.”

Meanwhile, one of those regulatory bodies remains defanged. The FEC, which enforces federal election regulations and laws, has been unable to conduct official business since it lost its voting quorum late last month. BYTES: The takeover of a Facebook page geared toward U.S. veterans who support Trump by North Macedonian peddlers of fake news offers a look into how misinformation — and those who profit from it — continue to exploit Facebook, my colleague Craig Timberg reports. Researchers say the incident is just the latest in growing foreign efforts to influence veteran voters.

Vets for Trump, a page with 100,000 followers, was run by two U.S. veterans who supported the president and posted conservative memes. But a North Macedonian man, Andrej Spasovski, was able to gain administrative access to the page by convincing the two that his company could partner with them to make advertising revenue. Once he gained access, Spasovski revoked the group administrators' access and eventually sold the page to Panche Arsov, another North Macedonia whose efforts to generate profit off conservative misinformation were profiled in BuzzFeed last year.

The page’s original administrators were able to regain control in June, but only after months of contacting Facebook. (Facebook said it originally replied to one request in April but did not get a response to its request for more information.)

Page administrators suspect that the North Macedonian fraudsters were interested in influencing the page's large following of veterans before the 2020 elections. “They were growing this following, and they were pretending to be us,” page administrator Vlad Lemets told Craig. “It all boils down to what would have happened during the election time.”

Yesterday President Trump returned to Silicon Valley in his first visit since his election for a fundraiser that's expected to rake in $3 million for the campaign. But the level of secrecy around the event demonstrates that members of the tech industry — including Trump's supporters — are wary about being publicly associated with the administration.

The Wall Street Journal's Rebecca Ballhaus and Chad Day uncovered that the event, the location of which was kept even from participants, was held at former Sun Microsystems chairman Scott McNealy's house. They confirmed that after a neighbor sent pictures of tents being set up outside.

NEW: The host of the Trump fundraiser in Palo Alto is former Sun Microsystems chairman Scott McNealy. A source confirmed that he’s the host after one of McNealy’s neighbors sent @WSJ a picture of tents being erected around his house. https://t.co/7VGLYqa0OW pic.twitter.com/spu24OFeRy

McNealy has offered limited public praise of Trump in the past, Rebecca and Chad point out, but hasn't donated to Trump. Though Silicon Valley donors tend to favor Democrats, McNealy isn't the only Trump supporter in the Valley. Yet nearly every prominent Trump supporter in Silicon Valley, including Anduril Industries' Palmer Luckey, EasyPost founder Jarrett Streebin, and Intel's Sean Maloney, declined to comment to Recode's Theodore Schleifer about the fundraiser.

Hell of a lot of irony in the fact that the man most known for the quote "Privacy is dead -- get over it" ...

... went to such lengths to keep his hosting of a Trump fundraiser ... private.

—More news from the public sector: 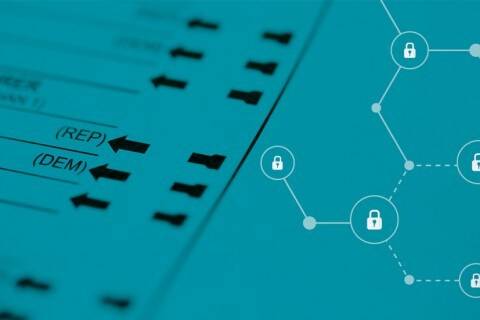 Democrats press for action on election security
Congressional Democrats renewed their call for election security legislation during a national day of action on Tuesday, as a Senate Appropriations subcommittee left out funding for it in its annual spending bill.
The Hill 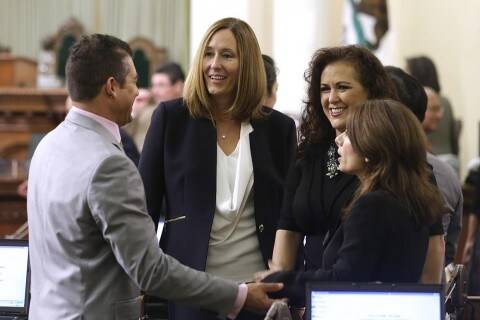 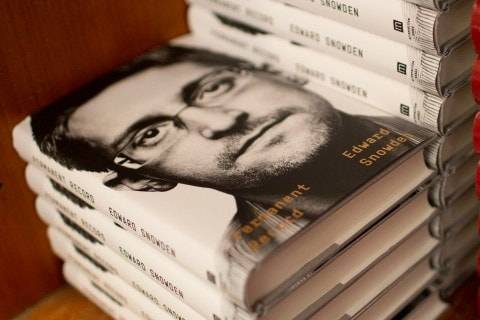 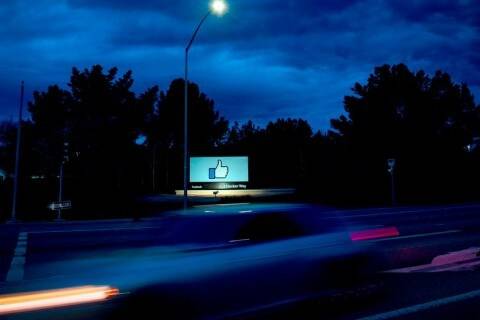 Facebook Expands Definition of Terrorist Organizations to Limit Extremism
The change was one of several Facebook announced ahead of a hearing with federal lawmakers on Wednesday.
The New York Times 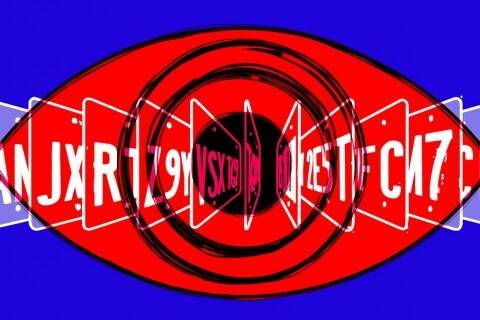 This Company Built a Private Surveillance Network. We Tracked Someone With It
Repo men are passively scanning and uploading the locations of every car they drive by into DRN, a surveillance database of 9 billion license plate scans accessible by private investigators.
Vice 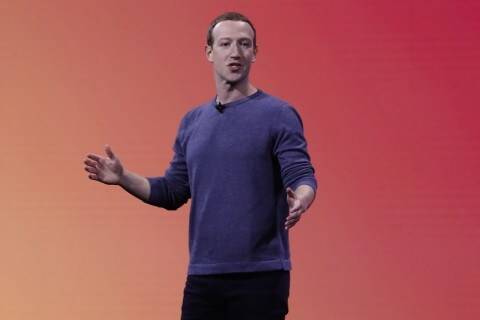 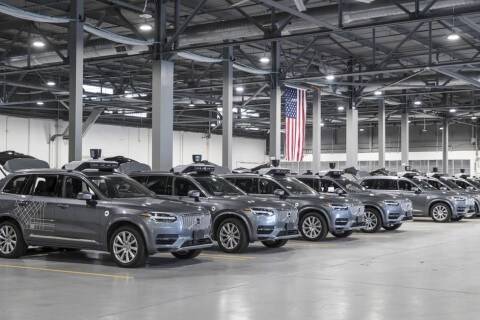 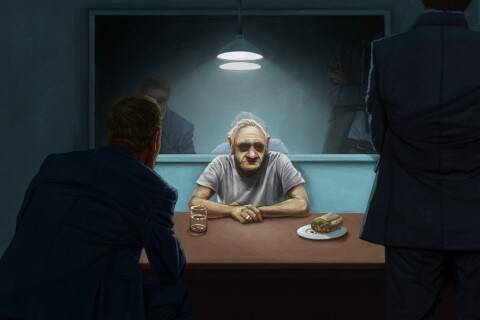 A Brutal Murder, a Wearable Witness, and an Unlikely Suspect
Karen Navarra was a quiet woman in her sixties who lived alone. She was found beaten to death. The neighbors didn't see anything. But her Fitbit did.
Wired 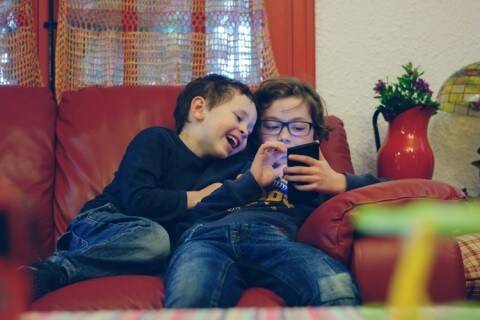 ‘Close Friends,’ for a Monthly Fee
Influencer culture has normalized charging money for all kinds of intimacy.
The Atlantic
CHECK-INS