The Technology 202: Welcome back to Washington, Mark Zuckerberg. You have a long to-do list. Mark Zuckerberg is coming face to face with some of his top critics in Congress as he makes a rare visit to Washington.

Expect a very different visit from Zuckerberg's last known trip to the nation's capital, when the Facebook head testified last April at public hearings for 10 hours. This trip, Zuckerberg will not be participating in any public events, but instead quietly meeting with lawmakers as his company, and the tech industry in general, has come under increasingly scorching criticism on a range of issues, from using their power inappropriately, to insufficiently tackling disinformation campaigns and alleged anti-conservative bias.

It remains to be seen if the top tech titan will still wear a tie, or have his famous water glass.

Today, Zuckerberg is expected to meet with Lee and Hawley, who has been aggressively targeting the tech giant in his freshman term.

Last night, Zuckerberg dined with a group of senators at a dinner Warner helped organize. The lead Democrat on the Senate Intelligence Committee, Warner is one of Facebook's top critics when it comes to election security, and he’s introduced legislation with Hawley requiring social media companies to tell consumers the data they're collecting from them and its value.

“The participants had a discussion touching on multiple issues, including the role and responsibility of social media platforms in protecting our democracy, and what steps Congress should take to defend our elections, protect consumer data, and encourage competition in the social media space,” Rachel Cohen, a Warner spokeswoman told reporters last night.

Zuckerberg is under pressure to make the case that his company has made progress on those issues. But he’s returning to a changed political landscape in Washington, where lawmakers' ire at the social media giant has only increased as the 2020 election approaches and many see self-regulation by Silicon Valley as woefully insufficient.

So in that spirit, Zuckerberg, welcome back to Washington. Here's what you missed while you were away:

— Antitrust scrutiny of Facebook has intensified in recent months, putting fresh political pressure on the company’s acquisitions of Instagram and WhatsApp.

People ranging from Sen. Elizabeth Warren (D-Mass.) to Facebook co-founder Chris Hughes say it’s time to bust up the social network. The Federal Trade Commission is currently investigating the company, as well as are several states attorneys general. Zuckerberg has fielded questions about Facebook’s size and power before, but antitrust action is now a much more immediate threat to the company’s business.

A few months after Zuckerberg's congressional testimony in April, California passed a new state privacy law that goes into effect next year. Industry groups, like the Internet Association that represents Facebook, have called for lawmakers to swiftly pass federal legislation preempting the California law and preventing a patchwork of state regulations from emerging. But Democrats and consumer advocates are wary of a watered-down national law supplanting the California measure. Zuckerberg is meeting with Cantwell, one of the key players in the negotiations, during this trip.

The privacy debate is intensifying following a record $5 billion fine against Facebook, which lawmakers criticized as a slap on the wrist. The agency's punishment in the wake of the Cambridge Analytica scandal raised questions about Washington's ability to effectively police Silicon Valley giants.

— New misinformation threats have emerged, raising questions about Facebook’s ability to police its platform ahead of the 2020 election.

Few people were talking about “deepfakes” at the end of 2018; that is, videos altered with artificial intelligence to make it appear people are saying or doing things that never happened. But a crudely doctored video of Nancy Pelosi that went viral earlier this year showed how video can be a powerful medium to blast misinformation. There's also a growing awareness in Washington that Facebook's misinformation issues aren't limited to its flagship service. Lawmakers are increasingly eying how Facebook-owned Instagram can be exploited, especially after a report prepared for the Senate Intelligence Committee obtained by The Post in December found that Instagram generated more than twice the “engagement” among users than either Facebook or Twitter.

— More mass shootings have put a spotlight on the role social media can play in spurring real-world violence.

Mass shootings in Pittsburgh, New Zealand, California and Texas began with shooters posting hate-filled screeds on fringe social media sites like Gab and 8chan. The New Zealand shootings highlighted how social media can play a role in amplifying an act of terror, as the gunman recorded the shooting on Facebook Live and copies of the video proliferated on social media. These incidents have created more pressure for social networks to address online extremism, and yesterday Facebook, Google and Twitter were grilled by senators on online extremism. House lawmakers are drafting legislation creating a new commission focused on online extremism on social media within the Department of Homeland Security.

— The company’s plans to move into cryptocurrency have come under bipartisan scrutiny, potentially derailing a key new product.

Despite its long list of problems, Facebook made a bold bet to get into cryptocurrency with Project Libra. Washington wasn't pleased, and lawmakers have threatened to block the project. Facebook has said it won't move forward with its plans until it has addressed those concerns, a very different strategy for the company known for moving fast and breaking things.

President Trump and the tech giants have never enjoyed a cozy relationship, but it has devolved since Zuckerberg's last visit to Washington as the president has taken to slamming the tech giants more frequently on Twitter. Trump also hosted a “Social Media Summit” at the White House earlier this year, where he did not invite the companies but instead a cast of conservative provocateurs who have accused the companies of anti-conservative bias. The companies have repeatedly denied such a slant. Zuckerberg plans to meet Hawley, who earlier this year introduced legislation aimed at addressing legislation overhauling Section 230 of the Communications Decency Act, which prevents people from suing tech companies for hosting or removing content from third parties.

BITS: House lawmakers are drafting a bill to create a DHS commission studying ways social media can be weaponized and how effective tech companies are at stopping harmful content, my colleagues Tony Romm and Drew Harwell report. Congress has turned up the heat on tech companies' moderation of harmful content since they struggled to remove videos of a mass shooting at a mosque in Christchurch, New Zealand, in March.

The commission could take a critical look at Facebook, Google, and Twitter, as well as smaller companies such as Gab and 8chan, whose owner was recently called in to speak to the House Homeland Security Committee. Facebook, Google and Twitter have all claimed improvements in their content moderation since the March shooting, including in testimony to the Senate Commerce Committee yesterday. The companies all attributed their increased success to artificial intelligence tools, but lawmakers remained skeptical.

“I would suggest even more needs to be done, and it needs to be better, and you have the resources and technological capability to do more and better,” Democratic Sen. Richard Blumenthal (Conn.) said at the hearing. As recently as yesterday, Twitter faced criticism after President Trump retweeted a video attacking Rep. Ilhan Omar (D-Minn.), who claims Twitter's lax moderation of the content has led to death threats. WeWork chief executive Adam Neumann is far from the typical public company head, the Wall Street Journal's Eliot Brown reports. His tequila-fueled antics and dreams of becoming “president of the world” might just be the beginning of a laundry list of reasons giving investors pause as Neumann tries to take the company public.

In a bombshell profile of the embattled executive, Eliot reports how:

The concerns about WeWork's future aren't limited to the eccentric chief executive, but also the company's business model. Once valued at $47 billion, its IPO valuation may be less than a third of that price. We Co., WeWork’s parent company, already moved to delay its IPO to October at the earliest.

Details of Neumann's run may be on the extreme end of start-up culture, but BuzzFeed's Ryan Broderick pointed out that the behavior wasn't that unexpected: BYTES: Former President Obama offered a thinly veiled rebuke of Trump's social media habits at a private event in San Francisco yesterday, my colleague Greg Bensinger reported. “Not watching TV or reading social media … those are two things I would advise, if you're our president, not to do,” Obama said at the private event hosted at data company Splunk. “It creates a lot of noise and clouds your judgment.”

The president also hinted at the indictment of two former Trump associates — former national security adviser Michael Flynn and Trump campaign chairman Paul Manafort — by saying he was “proud” his office didn't have any indictments.

In addressing the tech-heavy crowd, Obama singled out the government's antiquated rules around information technology and suggested that driverless cars could help traffic problems, Greg reports. The former president identified climate change, political divisions globally and income inequality as three of the biggest issues that need to be addressed. 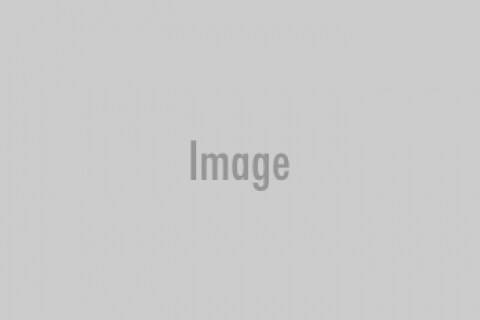 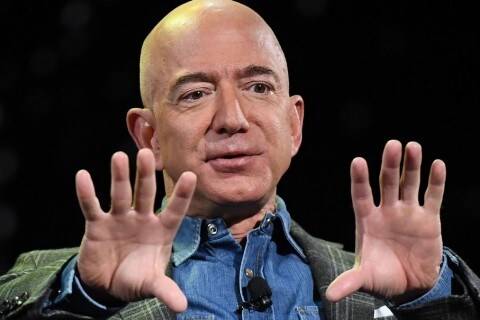 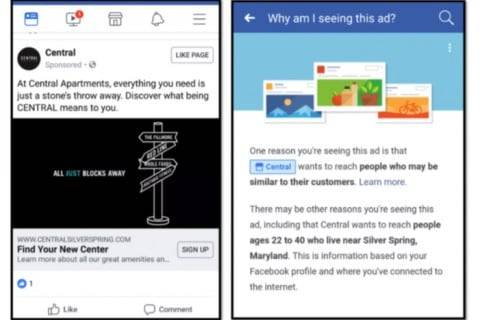 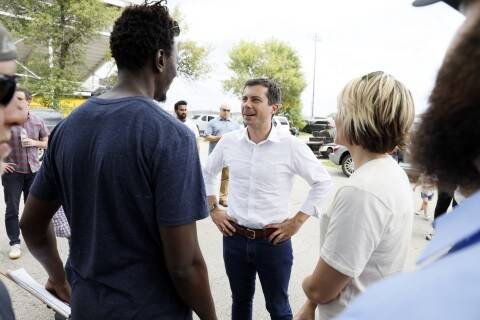 Politics
‘Alexa, I want to make a political contribution.’ Amazon to start voice-controlled donations to 2020 presidential campaigns
Campaigns can opt in for the system starting Thursday, and the feature is expected to begin in October.
Michelle Lee
PRIVATE CLOUD 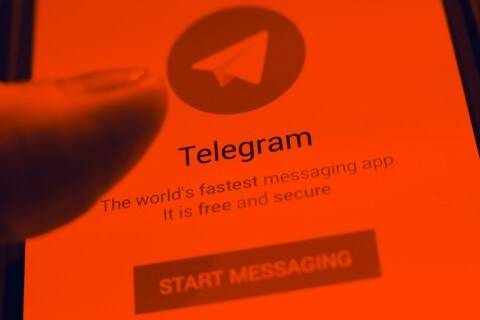 Anti-Semites are using a popular chat app to compile a list of Jewish people
Even 4chan decided that the project was too toxic.
Mother Jones 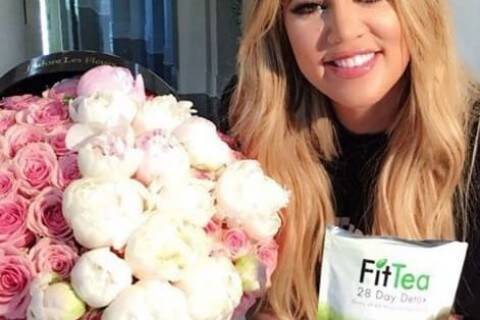 Instagram will restrict who can see posts about cosmetic procedures, weight loss products
Including ones used by A-listers like the Kardashians.
The Verge 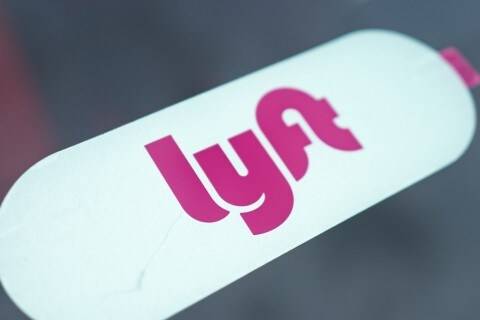 Lyft Allegedly Kept a Driver on the Platform Who Held a Passenger at Gunpoint While Two Other Men Raped Her
Since August 1, the ride share giant has been sued for sexual assault by at least 26 passengers, who say the company has failed to remove rapists from the app and “dismisses and ignores” safety concerns.
Vice
#TRENDING 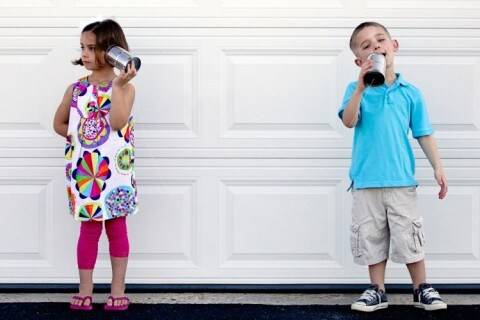 Talk to People on the Telephone
It’s time to start calling your friends again.
The Atlantic 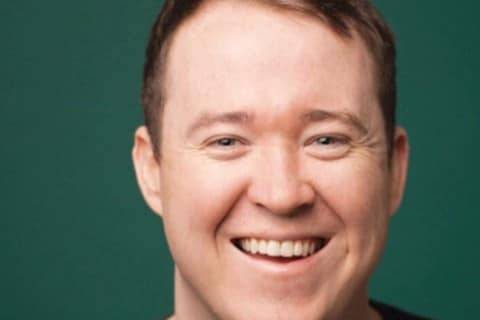