The Technology 202: This venture capitalist is warning Congress not to hurt startups in its antitrust crusade Senate lawmakers are eager to take Facebook to task for its high-profile acquisitions of Instagram and WhatsApp at a big antitrust hearing today. But one of their key witnesses will warn them that heavyhanded regulation from Washington could have unintended consequences for tech startups -- and ultimately prevent them from becoming competitors to tech giants.

“It’s critical that policymakers understand that not all [mergers and acquisitions are] the same,” Patricia Nakache, a general partner at Trinity Ventures, will tell lawmakers on a Senate Judiciary subcommittee today, according to her prepared testimony.

One of lawmakers' top concerns at this afternoon's hearing on "acquisitions of nascent or potential competitors" will be whether Facebook tried to prevent the rise of new competitors by buying them up. But Nakache will stress that, if Washington goes too far in scrutinizing deals, it could end up causing problems for smaller companies seeking funding so they can challenge existing leaders in the industry.

She plans to warn lawmakers against “the unintended consequence of dampening the creation of and investment in companies that seek to directly challenge incumbents."

Nakache will be one of the first venture capitalists to publicly testify about competition on Capitol Hill since antitrust scrutiny increased this summer. Her comments reflect their delicate position. Startups stand to benefit if the tech giants they hope to compete with are distracted by Washington's antitrust inquiries or regulators impose more limitations on their business. But at the same time, small tech companies are still deeply intertwined with -- and reliant on -- existing larger platforms.

That tension is particularly acute when it comes to acquisitions, which are a very common way for venture capitalists and founders to get a return on their investment in a startup. The four companies under scrutiny in Washington -- Facebook, Google, Apple and Amazon -- are some of the biggest acquirers of tech startups. Problems for them could mean problems for deals.

So far, the tech giants have continued to acquire smaller companies, as we wrote about in The Technology 202 this summer when Google bought Looker. Just yesterday, Facebook acquired the brain computing startup CTRL-labs.

“I am concerned,” said Scott Kupor, managing partner of the venture capital firm Andreessen Horowitz and author of the new book “Secrets of Sand Hill Road" told me at the time of the Looker acquisition. “It's not a tomorrow problem, but if this goes on for five, ten years, it could have a meaningful impact.”

Yet lawmakers are growing fed up with the Wild West environment that has allowed Silicon Valley tech titans to amass so much power, and some think it's time for Washington to play a greater role on these issues. Sen. Amy Klobuchar (D-Minn.) told me in an email that today's hearing is important because recent mergers have raised serious competition issues.

“Big technology companies have become some of the most powerful organizations in the world,” said Klobuchar, who is also running for president. “These companies' practices can limit options for consumers, distort prices, and stifle innovation. With virtually no meaningful pushback from our government, these companies have reshaped the meaning of American privacy, the purchasing of goods and services, and the working of our elections and our democracy.”

She has previously called for antitrust laws to be modernized and for more resources for federal regulators to enforce existing laws. BITS: Google scored a key victory as a European court ruled that the company does not have to apply the "Right to be Forgotten" rule globally, the BBC's Leo Kelion reports this morning. When it receives a request to remove information under the law, Google will only have to remove links from its search results in the European Union, not elsewhere.

"Currently, there is no obligation under EU law, for a search engine operator who grants a request for de-referencing made by a data subject... to carry out such a de-referencing on all the versions of its search engine," the European Court of Justice ruling said.

The decision comes after a French regulator ordered Google to globally remove search result listing pages about a person under the European law, which allows people to ask tech companies to remove damaging or false information about them online. Google created a geoblocking feature that censored the links in Europe, but ensured they were still available to people in other parts of the world. Google then challenged a 100,000 fine the French regulator levied against the company.

The case has broad implications as technology companies operate globally across borders, and regulators around the world increasingly consider regulations to rein in American tech giants. Google argued removing the links globally could set a precedent that authoritarian governments outsie of Europe could abuse when trying to hide human rights abuses. Silhouettes of mobile device users are seen next to a screen projection of YouTube logo. (Dado Ruvic/Reuters)

NIBBLES: Political campaigns and advocacy groups are taking a page from marketers by partnering with social media influencers in hopes of getting an edge with digital natives, the Wall Street Journal's Emily Glazer and Georgia Wells report. Presidential campaigns of Donald Trump, Kamala Harris, Bernie Sanders and Andrew Yang are all hoping that the Internet-grown celebrities will be able to persuade potential voters more than impersonal television ads or mailers, Emily and Georgia report.

Candidates' approaches to influencers varies. Kamala Harris's campaign has offered event invitations and merchandise in exchange for promoting her campaign; Andrew Yang's campaign has employed a public relations firm to create memes for influencers to share.

The Republican National Committee, which is fielding only one candidate, has taken a much more aggressive approach, offering social media influencers social-media training at its headquarters, Georgia and Emily report. Trump's campaign has also advertised on multiple YouTube channels, a significant platform for his base.

These efforts are expected to increase as 2020 approaches. Curtis Hougland, founder of tech start-up Main Street One — which is working on micro-targeted campaigns in several states — tells the Journal. BYTES: Facebook took down a page spreading conservative content called “I Love America” and eight associated pages yesterday after a media report publicized that the page was run by Ukrainians, my colleague Craig Timberg reports. The continued circulation of political content targeted at American audiences by foreign actors raises doubts about Facebook's ability to curb foreign influence on its platform before the 2020 elections.

The page was founded in 2017, but only recently moved into spreading conservative content to an audience of more than 1 million followers, according to journalist Judd Legum, who first flagged the page to Facebook.

UPDATE: 8 hours after https://t.co/Gl6evXRDcZ's report, Facebook has taken down the Ukrainian "I Love America" page & every other page identified in the piece

This was a huge network pushing pro-Trump propaganda with greater reach than the NYT & WashPost https://t.co/0MRNxVJbUJ pic.twitter.com/avOVaeaLjz

While Facebook originally told Legum that the page did not violate appear to violate its rules for coordinated inauthentic behavior, it determined the pages did violate the policy and removed them late yesterday. Facebook said it did not detect that the pages were tied to any nation-state actor, but its investigation is ongoing. The pages appeared to be "financially motivated, Facebook's head of cybersecurity Nathaniel Gleicher said on Twitter, adding that "it's also critical that we don’t assume every clickbait operation is [government operations.]"

The pages repurposed content connected with Russia's Internet Research Agency, which continues to surface on both Facebook and Instagram. Researchers including David Carroll have questioned why the company hasn't done more to prevent the content from continuing to circulate.

You’d think Facebook would have fingerprinted the RU IRA memes to automate their detection when recycled on new pages with huge audiences in the US but operated out of Ukraine. But no. @JuddLegum’s latest discovery is “troubling” leading up to 2020. https://t.co/A9HBQRvseA Presentation on the Mac Pro at the Apple Worldwide Developers Conference. (Jeff Chiu/AP)

-- Apple will manufacture its new Mac Pro in Texas after the Trump administration granted the company exemptions from tariffs on several key components manufactured in China, my colleague Reed Albergotti reports.

“We believe deeply in the power of American innovation,” Cook said in the statement. “That’s why every Apple product is designed and engineered in the U. S, and made up of parts from 36 states, supporting 450,000 jobs with U.S. suppliers, and we’re going to continue growing here.”

The exemptions mark a reversal on Trump's previous comments about Apple and tariffs. President Trump tweeted in July: “Apple will not be given Tariff waiver, or relief, for Mac Pro parts that are made in China."

The Trump administration granted the company exemptions for 10 items last week, but many more core products, including the iPhone, will face steep tariffs by the end of the year unless the U.S. government strikes a new trade deal with China, Reed reports. 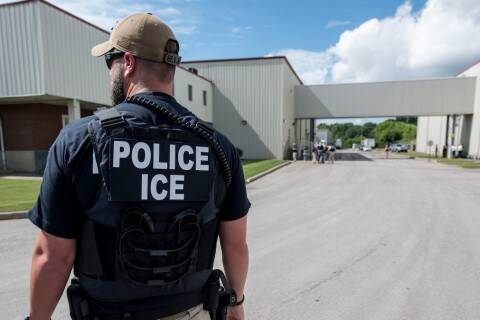 Company That Provides Tech to ICE Not Renewing Contract After Code-Deletion Protest
Last week, a former employee deleted open-source code he wrote for a tool called Chef in protest over an ICE contract. Now, Chef says it will not renew its work with ICE.
Vice

Twitter details new policies designed to crack down on financial scams
Twitter today says it’s expanding its policies to prohibit financial scams on its platform — something you’d think would have already been banned, but apparently was never directly addressed through Twitter’s policy documentation.
TechCrunch 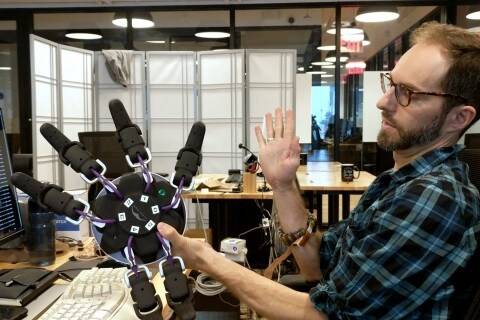 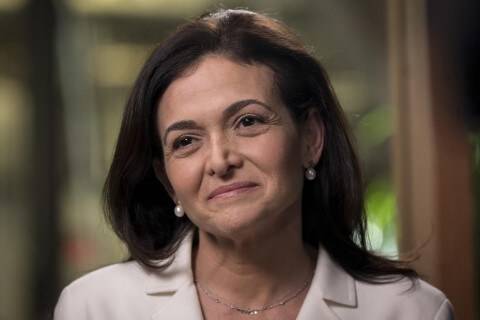 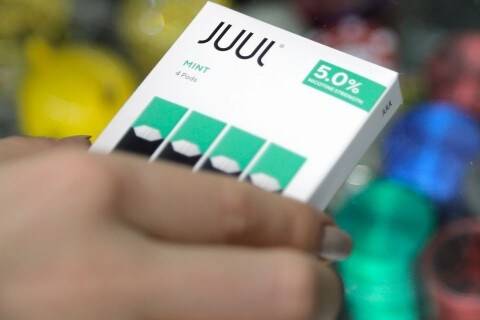 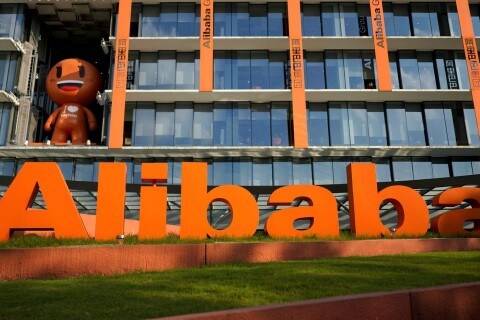 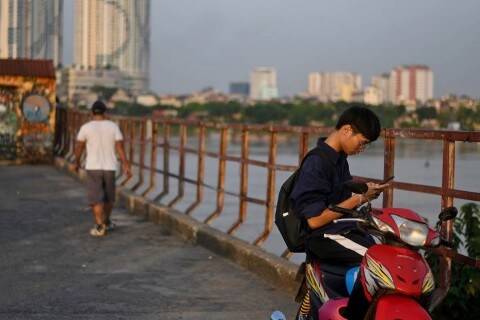 'Grit and hustle': How Vietnam's tech scene has been boosted by U.S.-China trade war
A long period of peace and stability and a vibrant capitalist culture have helped the country’s economy flourish.
NBC News
#TRENDING 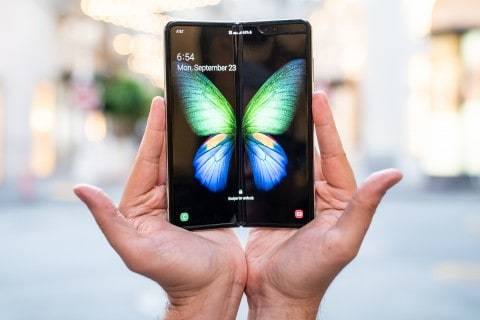 Consumer Tech
Samsung’s Galaxy Fold is finally here. Handle with care.
We’ve had the $2.000 folding phone for 24 hours and it hasn’t broken … yet.
Geoffrey Fowler 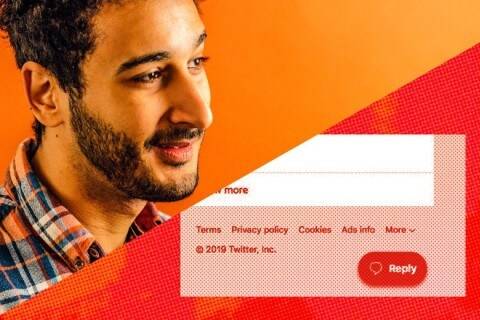 Confessions of a Former “Reply Guy”
How Scott Barolo is making amends for online mansplaining.
Slate 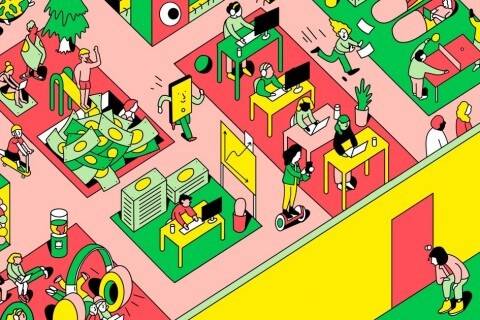 Four Years in Startups
Life in Silicon Valley during the dawn of the unicorns.
The New Yorker
@MENTIONS
CHECK-INS