The Technology 202: Facebook decides that politicians don't need to play by the rules

That's direct from Nick Clegg, Facebook's vice president of global affairs and communications, who said in a blog post yesterday that moving forward, it will treat speech from politicians "as newsworthy content that should, as a general rule, be seen and heard." The company also confirmed that it exempts politicians' speech from its third-party fact-checking program.

This answered a long-running question about what the company planned to do about President Trump, who is known for spreading conspiracy theories or hateful remarks on social media that appear to break the rules. But its hands-off approach raises new questions about whether the company is serious about keeping its platform safe from adversaries seeking to exploit it for political gain.

For its part, Clegg insists the company's responsibility is to stop outside interference and be transparent about political ads, but not to intervene when politicians speak. "To use tennis as an analogy, our job is to make sure the court is ready – the surface is flat, the lines painted, the net at the correct height," Clegg said at the Atlantic Ideas Festival.. "But we don’t pick up a racket and start playing. How the players play the game is up to them, not us."

From Kevin Roose of the New York Times:

It’s a good thing no politicians have ever run Facebook disinformation campaigns in order to tip elections or sow division, that’d be bad. https://t.co/loW42vxplA

From Fabio Chiusi, a project manager at Algorithm Watch, a non-profit research and advocacy organization:

This is possibly the worst of all policy decisions on Facebook’s part: “valued political customers” should be subject to special, more (not less) stringent policy enforcement criteria — as they have a bigger responsibility to the public in terms of truth, dignity and trust. https://t.co/z2JOUbi2xx

Facebook's formal policy extends far beyond the U.S. commander-in-chief, and it applies to all elected officials and people running for office around the world, at the executive, national and regional level.

Yet the Trump factor is undeniable: Ahead of the 2016 election, Deepa Seetharaman at the Wall Street Journal reported that some of Trump's posts on Facebook sparked debates within the company about how the company should treat posts from politicians. Employees argued some of Trump's posts about the Muslim ban should be removed for violating the company's hate speech policies, but Facebook chief executive Mark Zuckerberg decided not to remove the posts.

Twitter has also faced criticism for not taking action against the president's tweets that could violate its policies on hate speech. The company announced earlier this year that it would begin labeling tweets from leaders that would otherwise be removed from the service. But it's unclear how Twitter is going to enforce this new policy. Twitter said in July that a tweet from Trump telling several Democratic lawmakers to "go back" to their countries that prompted widespread allegations of racism against women of color did not violate its policies. But independent researchers struggled to see why that wouldn't break its rules on racist content.

There are some exceptions to the new rules: Facebook will still subject ads from politicians to its community standards, and the company says it will remove posts from politicians that have the potential to incite violence. Facebook promised to weigh the public interest of a post against the potential harm, and it promised to consider many factors about a country's political environment when making that decision. Facebook's calculations for example could be different in a country that does not have a free press -- and could not easily challenge a politician's claim.  If a politician shares a link, photo, or video that the company's fact checkers already debunked, the company will demote the post and include any additional information from the fact-checkers.

Clegg acknowledged the company's position would be controversial. He anticipated people would say the company is wrong to give politicians a pass on nasty or false claims, but he said the reverse could potentially be much more damaging.

"Would it be acceptable to society at large to have a private company in effect become a self-appointed referee for everything that politicians say?" he said. "I don’t believe it would be."

Alex Stamos, former Facebook chief security officer, also pushed back on critics, asking when it would be appropriate for the "spectacularly powerful" company to censor speech of candidates in a Democratic election. From Twitter:

So who, specifically? And who gets that power?

The "these companies should control political speech by politicians in democracies" argument is completely incompatible with everything the same proponents say about antitrust, platform power and unaccountable executives. BITS: The activist behind California's groundbreaking consumer privacy law wants to go even further in holding tech giants accountable with a newly unveiled ballot proposal for 2020, my colleague Tony Romm reports. The ballot initiative could bring round two of a high-stakes battle between Silicon Valley tech giants and consumer privacy advocates.

The proposal from Alastair Mactaggart, the millionaire behind the initiative that eventually morphed into the California Consumer Privacy Act, goes well beyond the protections outlined in the new law. Not only would it give users greater power over how companies collect and sell their personal data including location and financial records, it would create a new state agency to enforce the law, Tony reports. The law would also break open the black-box nature of how companies use data to determine employment prospects, financial services or even shape election results by requiring companies to explain their algorithms to users.

The new initiative will need a million signatures to make it onto the 2020 ballot, but its unforgiving stance against tech giants probably will result in an all-out lobbying assault from the industry well before then. NIBBLES: Time for tequila shots and Run-DMC? We Work's Adam Neumann stepped down as CEO under pressure, the company confirmed today after a Wall Street Journal report. Neumann will stay as nonexecutive chairman of the board, my colleague Marie C. Baca reports.

“While our business has never been stronger, in recent weeks, the scrutiny directed toward me has become a significant distraction,” Neumann said in a statement. “I have decided that it is in the best interest of the company to step down.” The company's former co-president and chief financial officer Artie Minson and vice chairman Sebastian Gunningham will serve as co-CEOs.

The rapid removal of Neumann is a stark reversal of the company's previous stance that Neumann's leadership was crucial to its success. WeWork said in an August filing with the SEC that “If Adam does not continue to serve as our Chief Executive Officer, it could have a material adverse effect on our business.”

Not everyone is convinced the shake-up will save the company from larger issues, including a plummeting valuation and significant cash burn.

The track changes on the WeWork S-1 will be something to behold.

This changes nothing about this incompetent board and WeWork’s long-term viability at large scale. https://t.co/BFZpCDylU1

Bloomberg News's Shira Ovide said that “everyone who broke WeWork is still there.”

Also also also now fix all the board members, bankers, investors and hangers-on who enabled this company -- until the very second potential investors said YIKES. pic.twitter.com/XTjAz10wUD

BYTES: The Federal Communications Commission says that Sprint wrongfully claimed millions in federal funds from a program that helps subsidize cellphone and Internet service for low-income Americans. The revelation comes as Sprint and T-Mobile try to close on a $26.5 billion merger, a decision that will require FCC approval, CNN's Brian Fung reports.

The company failed to report that nearly 900,000 of the customers it claimed monthly credits for didn't use Lifeline, the subsidized service, the FCC reports. The subscribers in question represent nearly 10 percent of the Lifeline program’s subscriber base — making it potentially one of the largest cases of abuse of the program. FCC Chairman Ajit Pai called the abuse a “careless disregard for program rules and American taxpayers” and said the agency will investigate the matter.

Democratic Commissioner Jessica Rosenworcel said on Twitter the agency should "throw the book" at Sprint.

When companies abuse the Lifeline program we should throw the book at them.

Here's what we shouldn't do: Kick off the millions of seniors, veterans, and domestic violence shelters nationwide that rely on this program to stay connected.https://t.co/idkLjtvEck

Sprint denied any intentional wrongdoing to CNN, attributing the mistake to a change in the program's guidelines in 2016. The company said it is conducting an independent audit of its operations and offered to pay back the government. 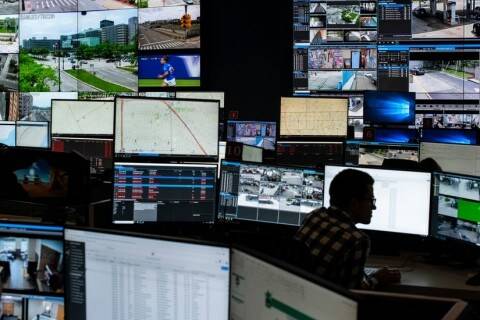 Facial Recognition Technology in Public Housing Prompts Backlash
The spread of facial recognition technology in housing, public and private, is raising concern in cities and Congress.
The New York Times 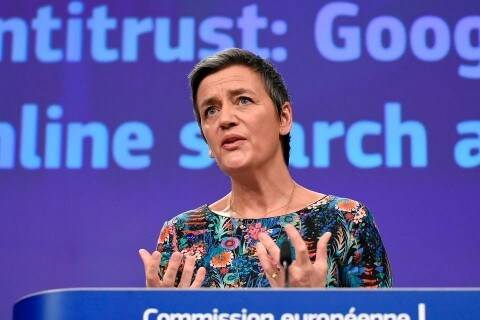 Google, Starbucks Fend Off EU Regulators in Court
The EU’s top court ruled that Google shouldn’t have to remove search results globally over the bloc’s “right to be forgotten” rule, and Starbucks won an appeal against an unpaid-tax ruling. The decisions deal a blow to the EU’s competition czar.
Wall Street Journal 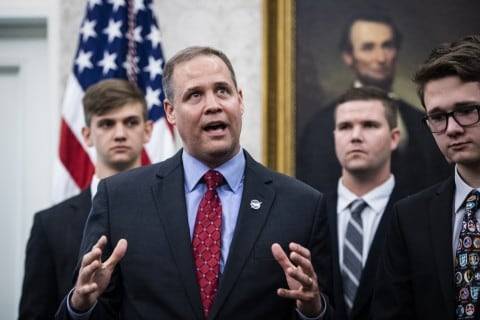 Space
NASA is trying to land on the moon. The biggest challenge might be Congress.
NASA Administrator Jim Bridenstine has been lobbying hard for the Artemis program.
Christian Davenport 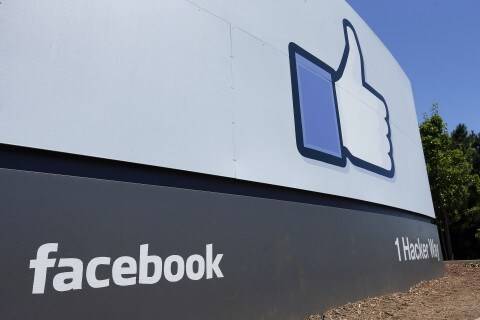 Facebook Settled, But the Ad Bias Scandal Isn’t Over
The U.S. government is pursuing claims that job postings by Capital One and Enterprise violated anti-bias law.
Bloomberg
PRIVATE CLOUD 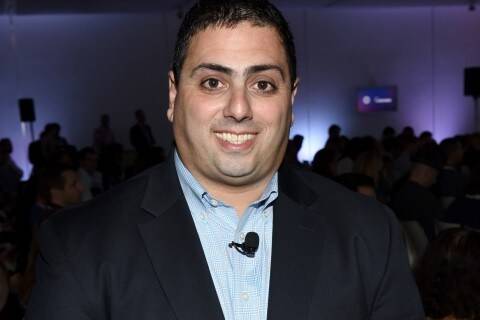 SEC charges Comscore with fraud scheme to overstate revenue
Comscore was recently considered as a potential challenger to industry giant Nielsen in attempts to measure audiences across different platforms, including TV and digital. But the company has struggled recently, with its new CEO and president departing earlier this year not long after joining.
CNBC 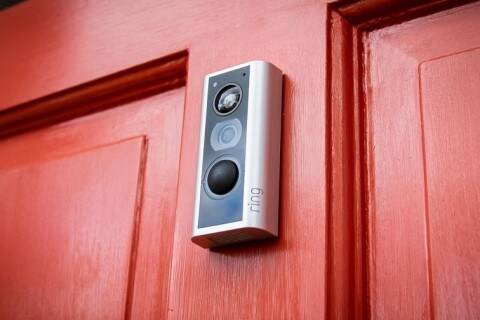 Amazon's Ring wanted to use 911 calls to activate its video doorbells
The company worked with police and cities to build in this real-time feature, emails showed.
CNET 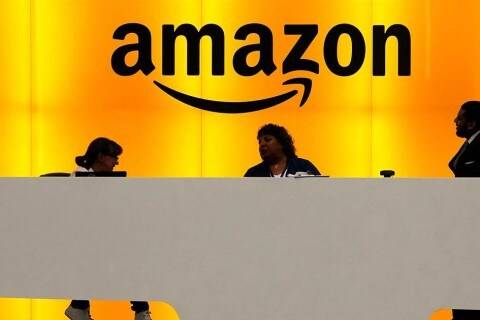 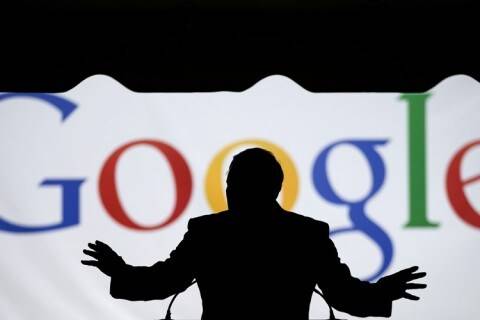 A group of nearly 80 contract workers in a Google office in Pittsburgh voted to join the United Steelworkers yesterday. While the workers will bargain with their employer HCL America and not Google directly, it could push the company into paying better wages to contractors and granting them treatment more on par with direct Google employees my colleagues Greg Bensinger and Nitashu Tiku report. 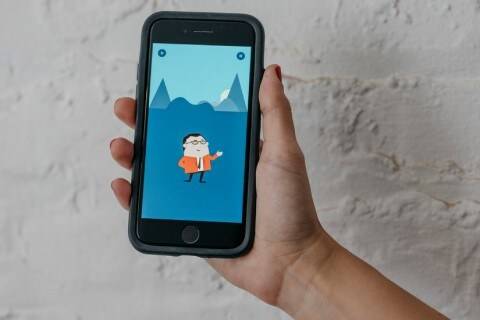 Sleep Therapy for the Masses May Be Coming to You Soon
CVS Health is encouraging employers to provide a sleep app that could help push digital therapeutics into the mainstream.
The New York Times
@MENTIONS
CHECK-INS