The Technology 202: Joe Biden is raising some money in Silicon Valley. But he's losing the ideas primary there. Silicon Valley is obsessed with finding the best new ideas. If Joe Biden wants to successfully raise lots of money from the tech industry's elite, he'll have to convince them he has some.

The tech industry isn't yet united behind one 2020 candidate, but Democratic candidates with splashy plans such as South Bend, Ind., Mayor Pete Buttigieg, entrepreneur Andrew Yang and now even Sen. Elizabeth Warren (D-Mass.) are capturing their attention.

Buttigieg’s approach to policy has been compared to that of an entrepreneur, with bold ideas to shake up the system of governing, such as eliminating the electoral college or revamping the Supreme Court. Andrew Yang has embraced universal basic income, a proposal many techies support. And even Warren — whose plan to break up Big Tech is divisive in the Valley — is generating fresh buzz and support from high-profile tech donors.

But Biden has talked more on debate stages about record players than privacy or artificial intelligence. His campaign’s pitch to "restore the soul of America" represents a politics of nostalgia that may not play well in an industry laser-focused on the future.

As Warren creeps up in the polls, Biden could use a boost from the young and wealthy techies who helped fuel Barack Obama’s rise to the White House in 2008 and 2012. He’s out in the Bay Area this week for fundraisers, but the invitations reviewed by The Technology 202 show that they include an older class of Bay Area donors, including executives and venture capitalists, as well as others whose wealth comes from outside the tech industry.

Biden's push in the Bay Area follows challenges winning over people in the tech industry reflected this summer in fundraising data. San Jose's The Mercury News reported Biden raised less money from employees at Amazon, Google, Facebook, Apple and Google's parent Alphabet than Buttigieg, Warren, Sen. Kamala Harris (D-Calif.) and Sen. Bernie Sanders (I-Vt.) during a three-month period from April to June. He also trailed those candidates and Yang in donations from people who describe their ocupation as software engineer or developer.

One reason Biden may not be generating buzz in Silicon Valley is that he has been fairly silent on tech issues, especially as some of his Democratic rivals step up their attacks on the industry.

While Warren is rallying around a plan to break up Big Tech, Biden has been vague about how he would address antitrust issues, saying it’s something that’s important and that "we should take a hard look at." Other candidates have been aggressively addressing data collection, while Biden has said little about privacy issues on the campaign trail. As Buttigieg rallied in support of California's new labor legislation and released a plan to reclassify independent contractors as employees, Biden's camp did not respond to Washington Post requests about his position on gig economy worker classification.

Biden's silence on these issues has led to less attention in Silicon Valley. While many don't agree with Warren's plans for tech, they're in the industry zeitgeist and it has forced people to take a closer look.

“You don't hear too much water cooler talk about [Biden's] positions,” one tech company employee told me, speaking on the condition of anonymity to speak candidly.

But while Biden might not be talking about net neutrality or encryption, he still could rally tech insiders' wallets and hearts for a key reason — His argument that he's well positioned to beat President Trump. As one venture capitalist indicated, that might be the most important quality Silicon Valley donors are looking for.

“I'm going to line up and support whichever candidate wins the nomination, and I've donated to several of them, including Biden,” said Hunter Walk, a Homebrew partner. “And while I'm incredibly respectful of his career in public service, right now it's candidates like Warren and Buttigieg who I see bringing new ideas and advocating for the evolution of our institutions, not just a return to stability post-Trump.”

The Technology 202 will publish Oct. 8, 9 and 10 while Congress in recess. We will return to our normal schedule Oct. 14. BITS: Facebook reached a settlement with a New Zealand company that may have raked in millions selling fake likes on Instagram. The early win for Facebook's new team dedicated to fighting fraudulent developers and advertisers illustrates how the company is using legal recourse to crack down on potentially rampant abuses by developers, my colleague Tony Romm reports.

Facebook has pending lawsuits against three other developers as a result of a review it launched into app developers after the Cambridge Analytica scandal, during which the political data-analytics firm harvested information from more 87 million Facebook users without their knowledge. That number could grow significantly: The company has discovered tens of thousands of apps that may have improperly handled users' data, according to recently revealed court documents.

Pending approval from a judge, the defendants in the New Zealand settlement will be banned from Facebook's services and have to pay $500,000. Facebook’s legal team is “dedicated to furthering the company’s enforcement efforts,” Jessica Romero, a former prosecutor who oversees the team, told Tony. The company will target “anything that impacts our user safety whether it be because of privacy reasons, fraud or misleading information on our platforms,” she says. NIBBLES: A bipartisan pair of U.S. senators is calling on 11 top social media companies, including the Chinese-owned TikTok, to develop industry standards on labeling and limiting altered and faked media before foreign actors exploit it to threaten the 2020 elections.

Warner and Rubio want companies to provide answers about their policies for dealing with fabricated content posing as factual information, their technical capabilities for dealing with faked or altered video, and what academic partnerships they have in place to monitor the content. A “clear strategy and policy” could “blunt some of the risks” the content poses to upcoming elections, they argue.

Lawmakers have expressed growing concern about altered, or “deepfake,” videos since a video of House Speaker Nancy Pelosi (D-Calif.) that was slowed down to make her appear drunk went viral on Facebook in May. Congress has since hosted multiple hearings on the issue and members have proposed legislation to study — or potentially criminalize — the content. Facebook announced a $10 million investment in creating better “deepfake” data-detection software last month.

A YouTube logo reflected in a person's eye. (Dado Ruvic/Reuters)

BYTES: Google will allow users to opt in for greater privacy on three of its biggest products: Maps, YouTube and Google Assistant, the company announced in a blog post yesterday. The announcement follows recent privacy changes from Amazon, Apple and Facebook, demonstrating how the tech industry’s biggest companies are vying to win back users’ trust after a series of highly public privacy gaffes.

Google Maps will allow users to search in “incognito mode,” which means their searches won’t be saved to their user history. Meanwhile, YouTube users will be able to clear their search history for an automated period of time or completely pause collection of the data. Opting in to these features could “limit or disable more personalized experiences across Google services,” the company says. Data from the sessions will still be collected — it just won't be tied to users' accounts. In other words, marketers and interested parties could still get their hands on it.

“Think of Google's Incognito Modes, then, as less of a sophisticated privacy tool and more of a pause button on a TV remote — you just use it occasionally when you're going to the bathroom or to get a beer from the fridge,” Lily Hay Newman at Wired explains.

Google Assistant users can now ask the assistant to delete up to a week’s worth of information instead of going into the device’s settings. Amazon announced a similar feature in its Alexa products at a hardware event last week after heavy criticism for failing to disclose to users how it handled voice recordings. 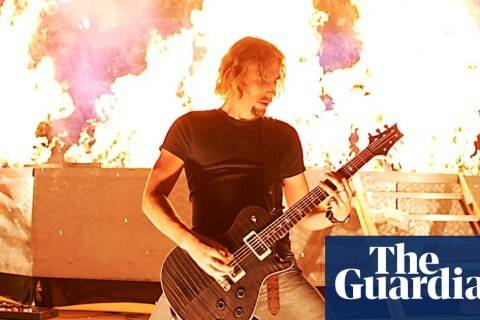 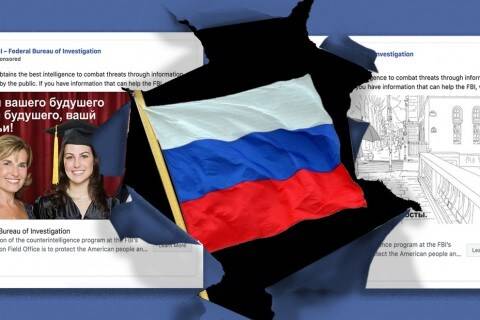 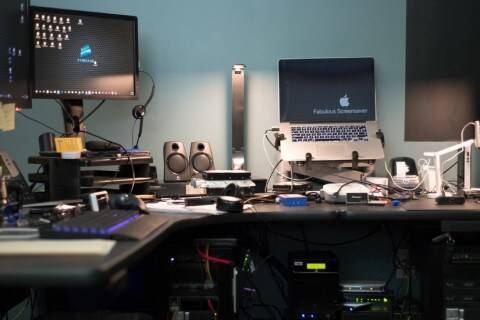 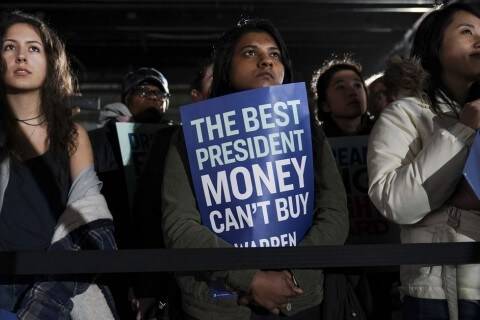 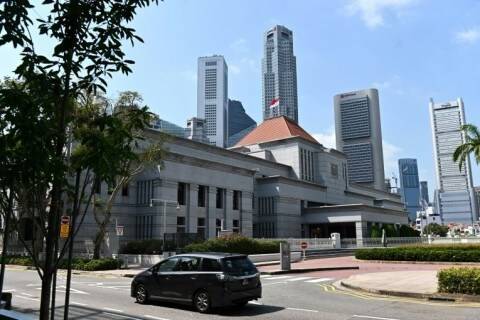 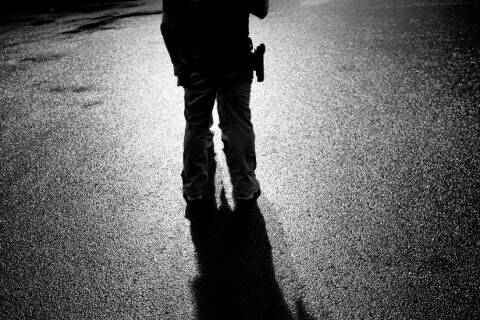 How ICE Picks Its Targets in the Surveillance Age
After two officers came to a Pacific Northwest community, longtime residents began to disappear — a testament to the agency’s quiet embrace of big data.
The New York Times
PRIVATE CLOUD 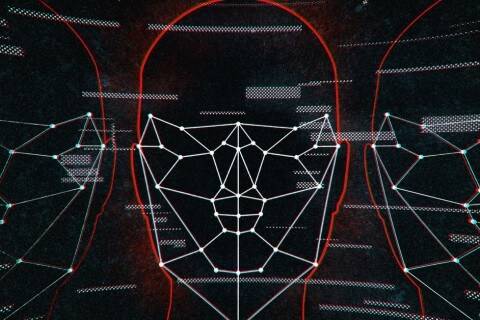 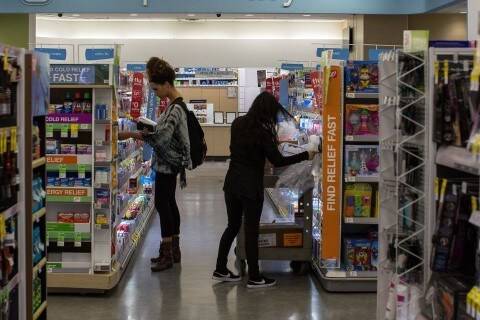 Postmates, DoorDash Want to Deliver Your Groceries, Too
Food-delivery companies are adding supermarkets and convenience stores to their order queues. DoorDash and Postmates are among the companies striking deals beyond restaurants to expand their reach and revenue.
Wall Street Journal 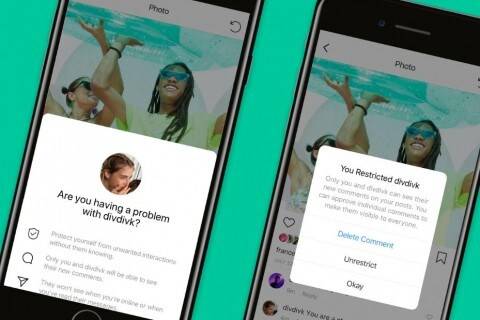 Instagram rolls out new feature to help fight bullying
Earlier this year, Instagram head Adam Mosseri declared that the social network wants to 'lead the fight against online bullying.' On Wednesday, the social media platform announced a new effort in that daunting task: it's rolling out globally a feature called 'Restrict,' a tool it's been testing since July.
CNN
FAST FWD

Kickstarter employees officially requested voluntary recognition from management of their union with the Office and Professional Employees International Union Local 153, AFL-CIO. The company said in May it would not recognize a union, preempting an official request by employees spent months organizing. Employees have since accused the company of using "union-busting and intimidation techniques" and of firing two employees involved in organizing, as April Glaser at Slate reported.

“Everyone who works at Kickstarter does so because we believe deeply in our company’s mission to help bring creative projects to life and the commitments made in Kickstarter’s charter,” organizers wrote in their request. “By unionizing, we will safeguard and enrich these commitments to creativity, equity, and a positive impact on society. We want Kickstarter to thrive and prosper as an organization, and we ask them to recognize the union now.” 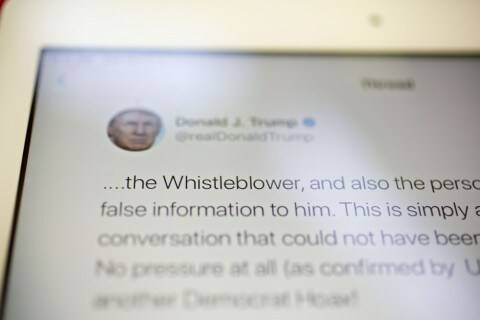 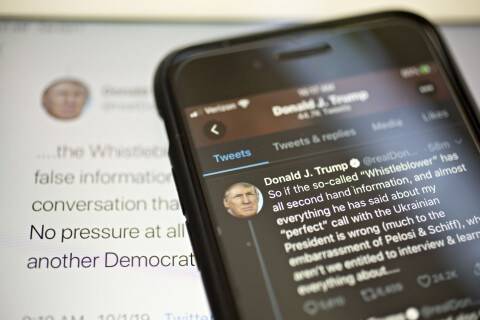 Internet Culture
We can’t impeach the Internet, so buckle up
“What the Trump era requires is a kind of dark psychic yoga that also creates space. More space for more vexation, and more space for more tolerance for that vexation.”
Abby Ohlheiser 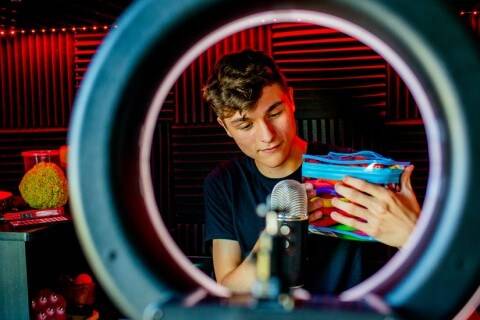 What Does Having a Boyfriend Have to Do With Sleep?
On YouTube, young men role-play as kindly romantic partners — all in service of a better night’s rest.
The New York Times 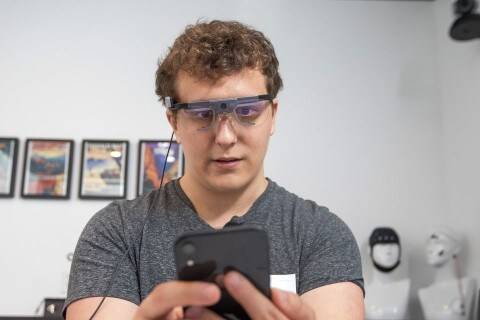 Your Next Vacation Is Written on Your Face
Travel companies are using facial recognition and other sophisticated tech to better predict how and why their customers shop the way they do.
Wall Street Journal
CHECK-INS

Yesterday government officials and other leaders gathered at the Washington Post for a summit on the most pressing issues in cybersecurity:

October is Cybersecurity Awareness Month, but it also marks the start of Domestic Violence Awareness Month. Electronic Frontier Foundation Director of Cybersecurity Eva Galperin, who works with abuse victims, says these victims can also be the targets of stealth software that can be used to track their every move. "Most people who are being spied on in their lives are not being spied on by governments or law enforcement. They are being spied on by stalkers or by exes or by people with whom they are currently in an abusive relationship."

National Counterintelligence and Security Center’s William Evanina says under Xi Jinping, China has become the most amazing surveillance state we have seen in decades, citing their use of facial-recognition technology to monitor "every second of everybody's life."