— Bernie Sanders’ campaign expressed concern before Saturday night’s debate about CBS’ decision to put additional emphasis on foreign policy in the wake of the Paris attacks that left 129 dead.

Many expected that Hillary Rodham Clinton would show a command of global issues that the senator from Vermont lacked, further consolidating her status as the frontrunner for the Democratic nomination.

Clinton indeed highlighted her experience, but the shift wound up working to Sanders’ advantage. For the first 30 minutes of the two-hour debate, the former Secretary of State was on the defensive about everything from the Obama administration being caught off guard by the rise of the Islamic State to her 13-year-old vote for the Iraq war.

“Regime changes have unintended consequences,” Sanders said. “On this issue, I’m a little more conservative than the secretary.”

— It was a taste of the debate as a whole, which turned to a far greater extent than the previous meeting on Clinton’s record and positions. With only three candidates on stage, Sanders and former Maryland Gov. Martin O’Malley also got more time to speak. In Las Vegas, the candidates were unprepared to attack Clinton on foreign policy. No one even challenged her when she characterized Libya as a success story. This time it was Clinton who had to explain why removing Muammar Gaddafi was justified.

— With the world on fire, and rising fears about terrorism at home, Clinton quickly distanced herself from President Obama at the top. The day before the Paris attacks, he told ABC that ISIS has not been completely decapitated but that U.S. efforts had “contained” the group. “I don’t think they’re gaining strength … and we have contained them,” the president told George Stephanopoulos. In a not-subtle line, Hillary declared: “We have to look at ISIS as the leading threat of an international terror network. It cannot be contained; it must be defeated.” She also referred to her early support for arming moderate rebels in the Syrian civil war, which the president hesitated on.

To be sure, Sanders did not look like a commander-in-chief. And his insistence that climate change is still our biggest national security threat made him look out of his depth and unserious in the face of global terrorism. But very few Democrats still believe that someone besides Clinton will actually be their nominee, so there’s less concern about him actually having the nuclear launch codes. Instead, all eyes were on her.

When the debate moved to the domestic issues on which Sanders is more comfortable, the event became more spirited. The most heated fight of the night came over reforming Wall Street. Sanders said Clinton’s Wall Street proposal was “not good enough,” and O’Malley called it “weak tea.”

— The Des Moines debate will ultimately be remembered for just one moment: Clinton playing both the gender card and invoking the Sept. 11 attacks to defend her coziness with and campaign cash from Wall Street.

Here is the exchange that everyone is talking about:

— Many liberal thought leaders concurred that Clinton’s answer was Giuliani-esque:

— The kerfuffle is breaking through to voters: Twitter and Facebook both say that the 9/11 moment generated more conversation than any other exchange during the face-off. NPR calculates that Wall Street and the banks got more time than any other issue. By its count, the back-and-forth took up 11 minutes and 18 seconds of airtime, compared to 9 minutes and 16 seconds on foreign policy and 6 minutes on ISIS specifically.

— The 9/11-related clips that posted overnight are brutal, and it seems certain that the mainstream media and cable news will zero in with second-day follow-ups.

— A taste of how rivals are already trying to capitalize:

— Clinton tried to walk it back: Later in the debate, as Twitter exploded, CBS presented her with an emblematic viewer tweet. University of Iowa law professor Andy Grewal wrote: “Have never seen a candidate invoke 9/11 to justify millions of Wall Street donations. Until now.”  Clinton replied, “I’m sorry that whoever tweeted that had that impression … Yes, I did know people. I had a lot of folks give me donations from all kinds of backgrounds [and] say, ‘I don’t agree with you on everything. But I like what you do. I like how you stand up.'”

In the spin room, her communications director highlighted a tough-on-Wall Street speech from before the financial meltdown. Clinton argued that her financial regulatory proposal “is tougher, more effective, and more comprehensive” than Sanders’ “because I go after all of Wall Street not just the big banks.”

— Demonstrating the passion and enthusiasm of his supporters, Sanders also received more buzz and mentions than she she did. According to our analytics partners at Zignal Labs, Sanders accounted for 202,000 of the 370,000 mentions of the candidates during the debate, compared to 152,000 for Clinton. Facebook also said Sanders got more mentions than Clinton on its platform, and Vermont was the most engaged state on the social network during the debate. Here’s a chart tracking mentions over the two hours:

— To be sure, many observers point out that very few people were watching last night and the race’s underlying dynamics still remain the same. The Post’s Dan Balz and Philip Rucker write on our front page that the result “appeared unlikely to change the overall shape of a nomination battle that has moved back in Clinton’s direction in recent weeks.”

Other themes in the post-debate coverage:

— Looking ahead, Clinton understands that the Democratic race has, once again, become a referendum on her. “You’ve heard a lot about me in this debate,” she said in her closing statement. “I’m going to keep talking and thinking about all of you.”

— The next two Democratic debates are also scheduled for weekends when very few will watch: the Saturday before Christmas and the Sunday before MLK Day. The DNC denies it, naturally, but this was an obvious ploy to minimize viewership in order to help out the front-runner. After the first debate, suppressing viewership seemed unnecessary. After last night, it makes much more sense.

— THE LATEST FROM PARIS:

French police says the Friday evening attacks were carried out by three teams. Police have detained seven relatives of one of the assailants who was killed, Omar Ismail Mostefai, a 29-year old French national. Of Algerian descent, Mostefai was arrested between 2004 and 2010 for minor things like driving without a license. But in 2010, French police started watching him because of his ties to a mosque outside Paris.  “The aim is to figure out what led this man to become a suicide bomber,” a French official told The Post’s Anthony Faiola and Souad Mekhennet.

— French President Francois Hollande called the attacks, for which the Islamic State claimed responsibility, an “act of war” and vowed “merciless” retribution. He also declared a state of emergency in France. 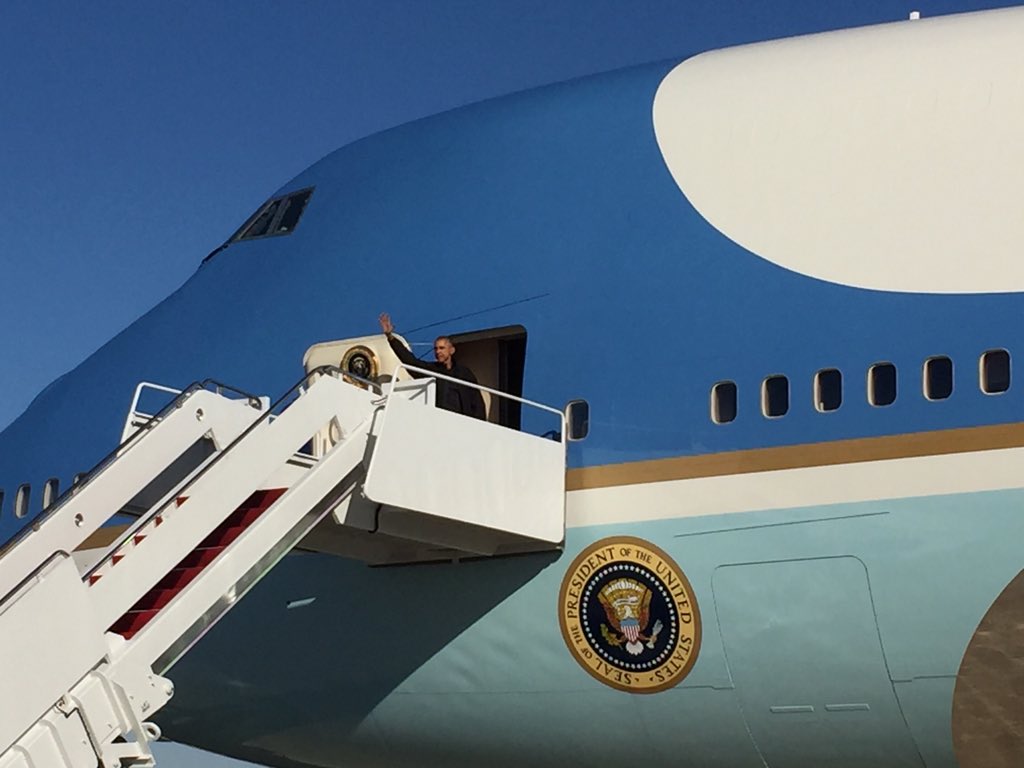 President Obama boarded Air Force One for a nine-day trip to Turkey, the Philippines and Malaysia. (@DavidNakamura)

— From the G-20 summit in Turkey, President Obama said: “The skies have been darkened by the horrific attacks that took place in Paris,” and vowed that the U.S. will stand in “solidarity” with France “in hunting down the perpetrators of this crime and bringing them to justice.” Interestingly, Obama has begun using the word “Daesh” to refer to ISIS,  a derogatory phrase that can mean “bigot” for which the Islamic State has threatened to “cut out the tongues” of anyone using it.

What else we know:

From the Democratic debate:

Here’s a view from the stage at Drake University in Des Moines:

The Democrats trolled Republicans with the name of their Wi-Fi network: 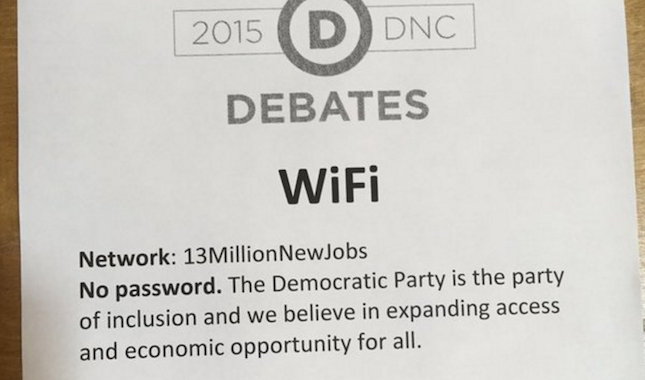 Sanders and O’Malley bumped into each other earlier in the day: 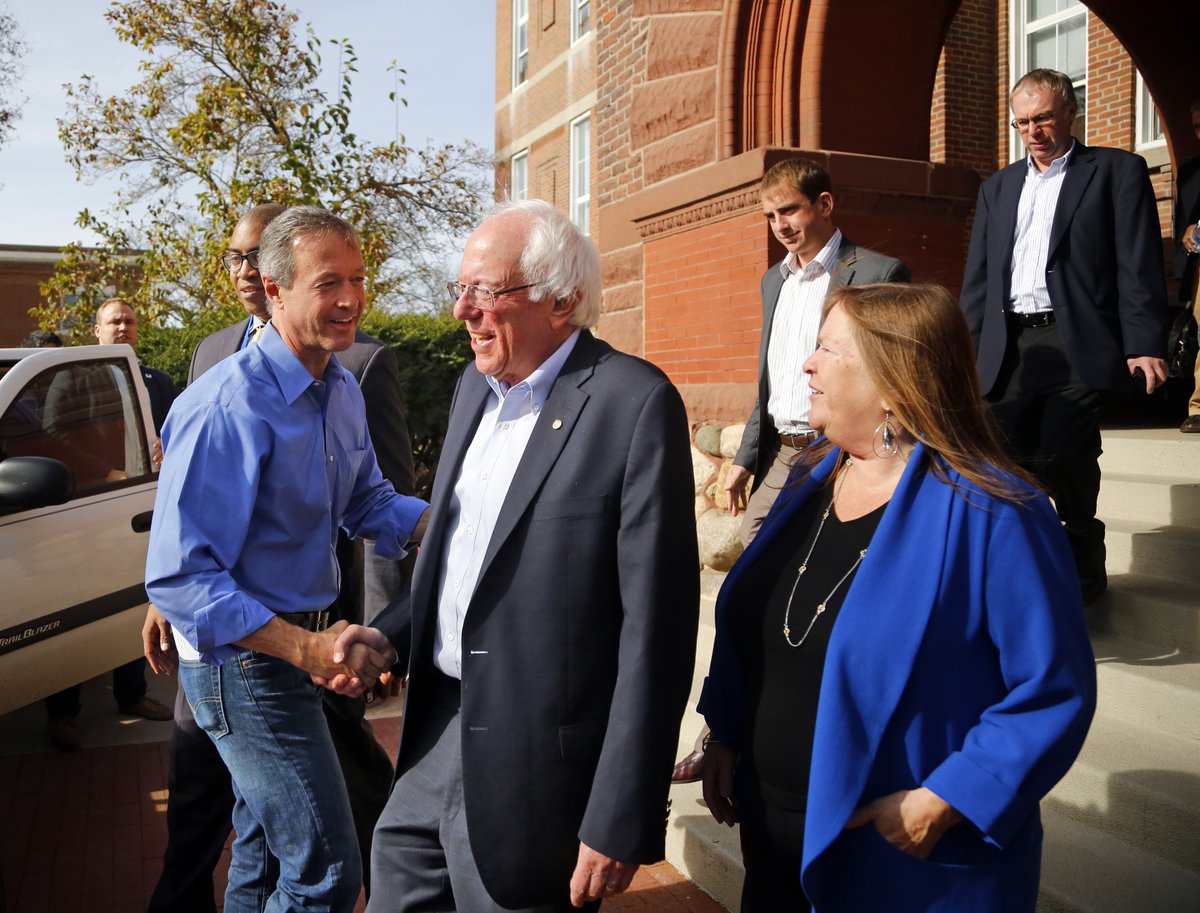 O’Malley was trying to go for the Adlai Stevenson look in this pre-debate picture from the campaign: 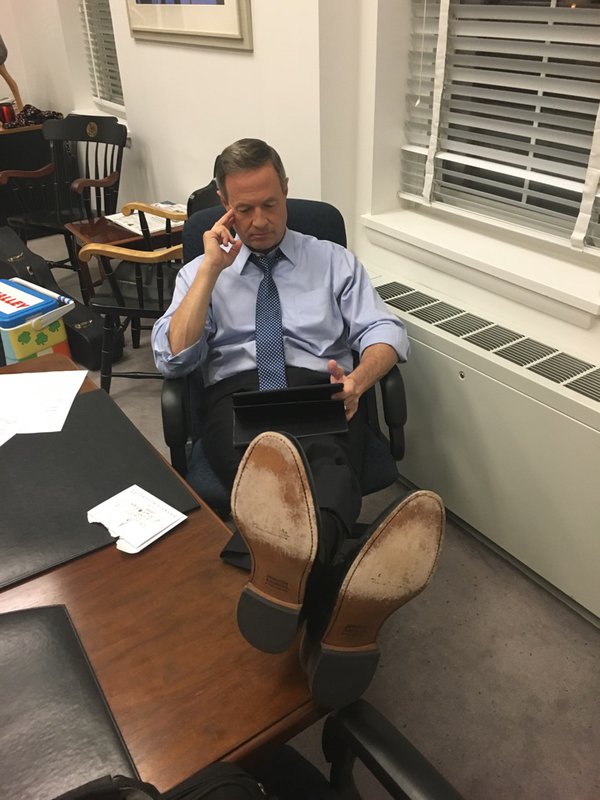 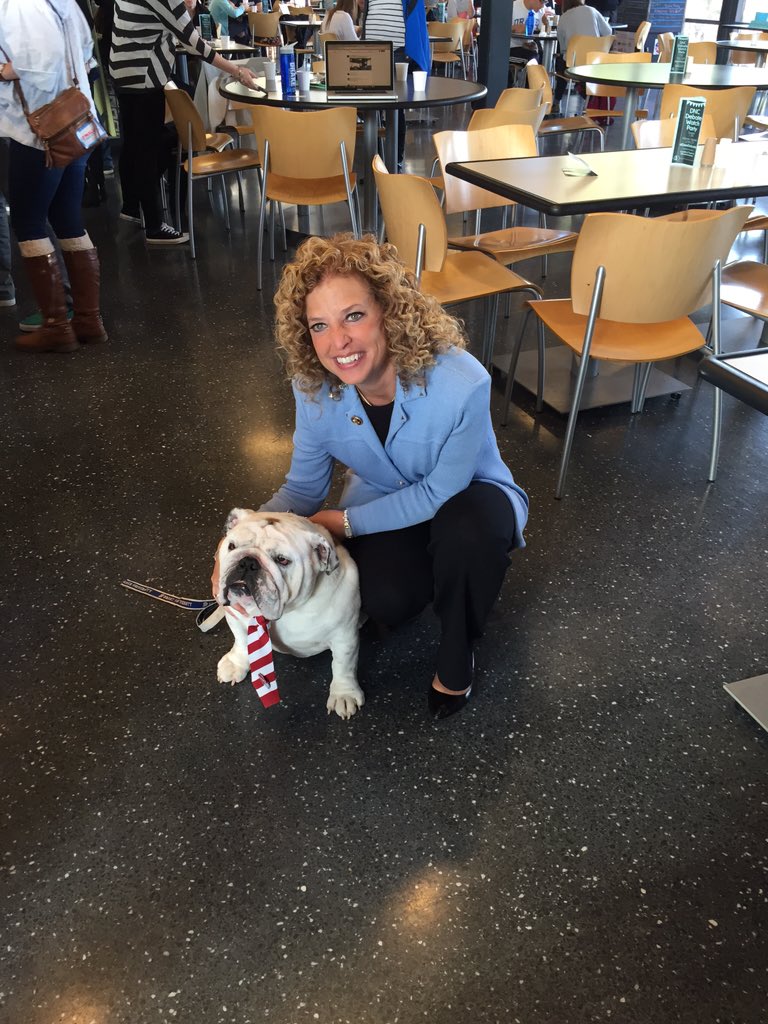 Sanders defended his proposal to increase taxes, noting that he’d raise the marginal tax rate to a level that’s still lower than it was in the 1950’s: 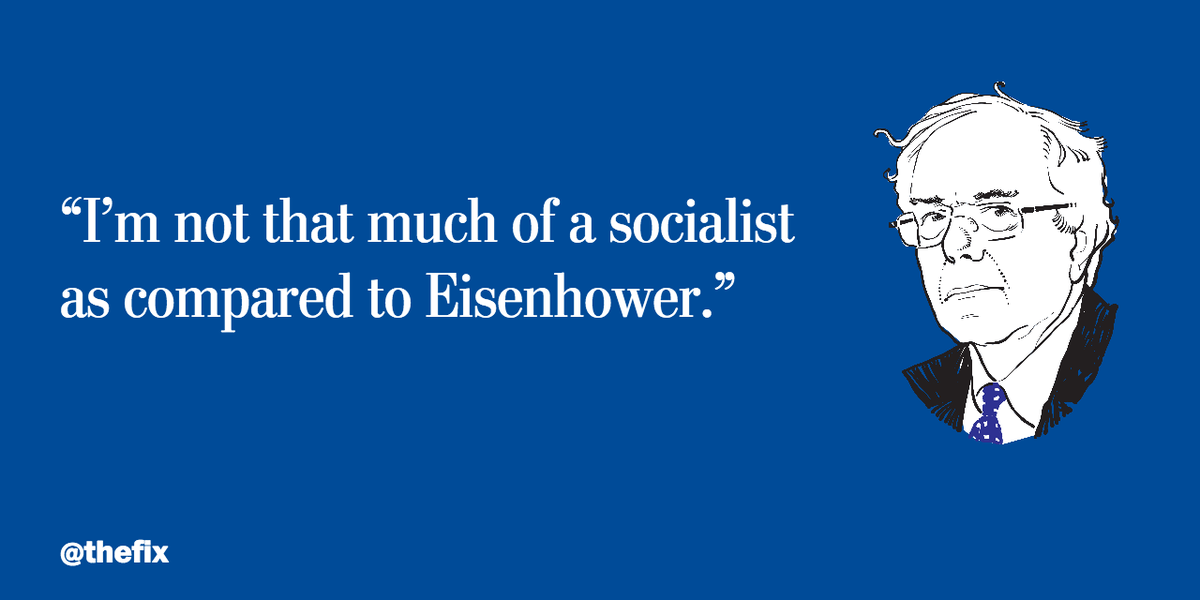 At a Clinton debate watch party in New Hampshire, viewers were served milk and cookies: 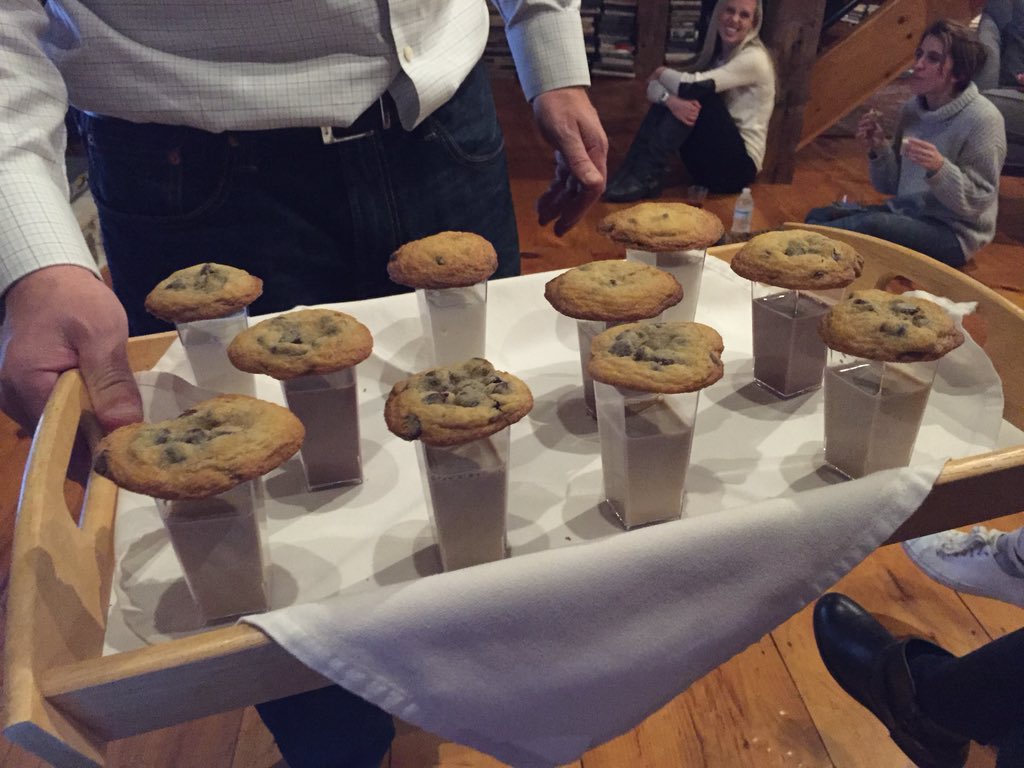 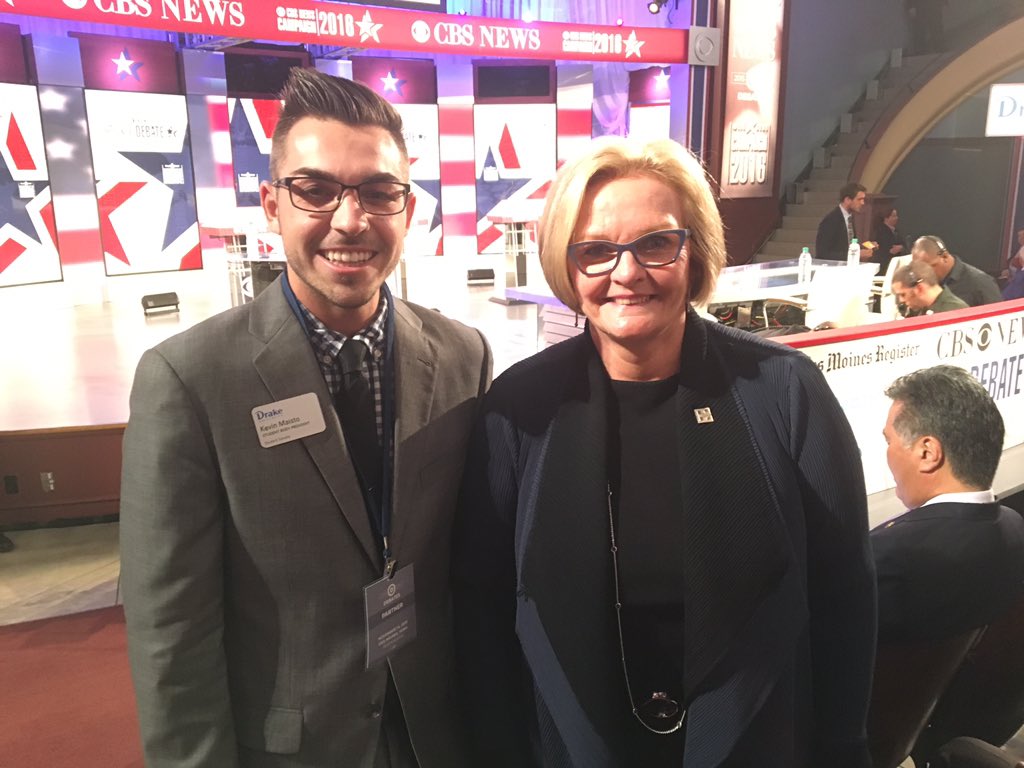 Reporters caught a glimpse of Caitlyn Jenner on campus: 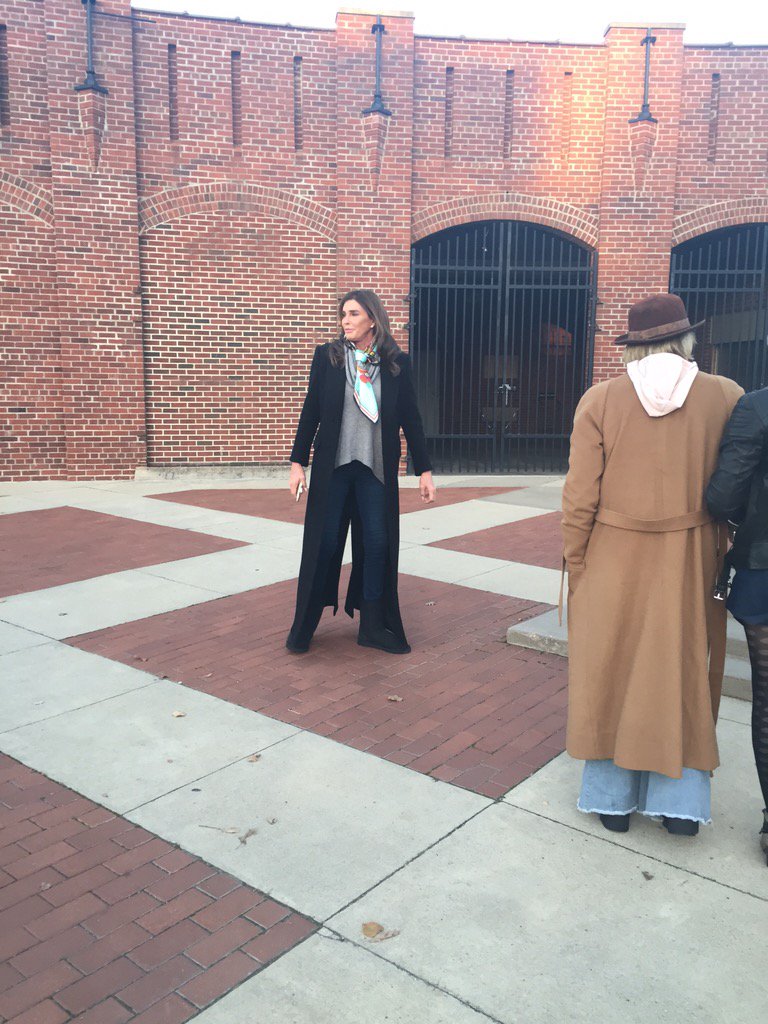 But it turns out she wasn’t there for the debate:

Many lawmakers and staff switched their profile pictures to this image in honor of the tragic events of Friday night:

Across the world, major monuments were lit up to honor France. Here’s the Brandenburg Gate in Berlin: 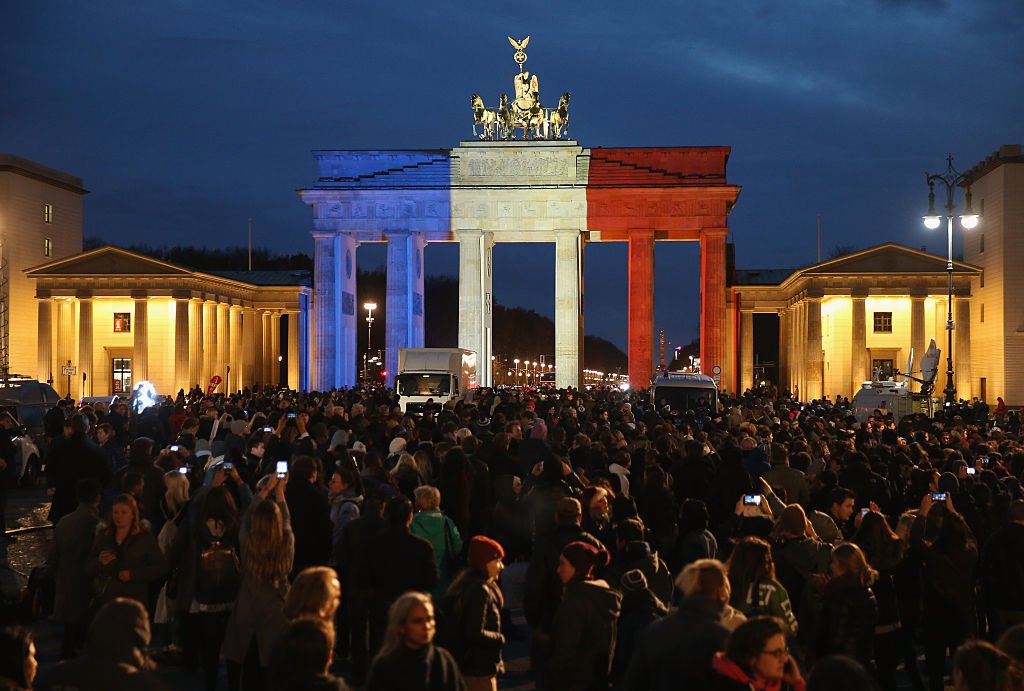 Republican reaction to the Paris attacks:

Marco Rubio released a video saying that the U.S. is in a “clash of civilizations” with radical Islam: 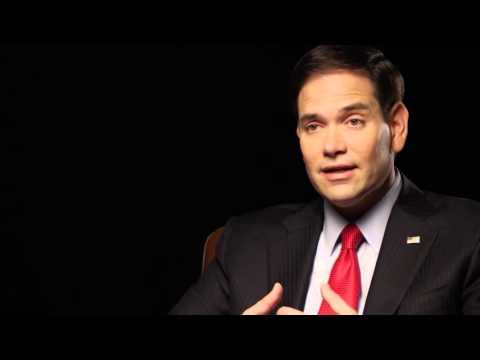 Trump, like many other Republicans, critiqued how Democrats described the perpetrators of the attacks. He also said that tough gun control laws in Paris contributed to the tragedy during a rally in Texas:

In a radio interview, Jeb Bush called the attacks an “organized effort to destroy western civilization”: 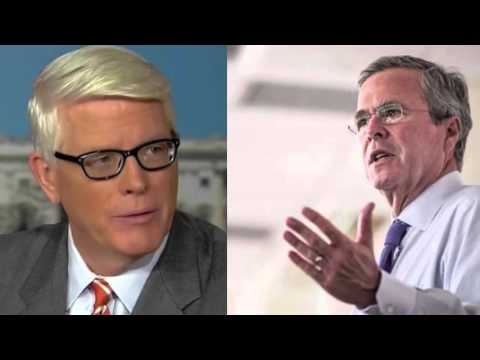 Scott Walker lit up the Wisconsin governor’s mansion in response:

VIDEOS OF THE DAY:

For Saturday Night Live’s cold open, Cecily Strong delivered a touching tribute to the victims in France. “Paris is the City of Light, and here in New York City, we know that light will never go out,” she said, first in English and then in French. Watch here.

Here are highlights from the Democratic debate, via The Post’s video team:

–Democrats react to the Paris attack

–O’Malley calls for bringing immigrants out of the shadows