A person close to the process confirms that the five names under "active consideration" are Sanford, Rep. Tim Scott, Rep. Trey Gowdy, former state attorney general Henry McMaster and Catherine Templeton, the director of the state Department of Health and Environmental Control. 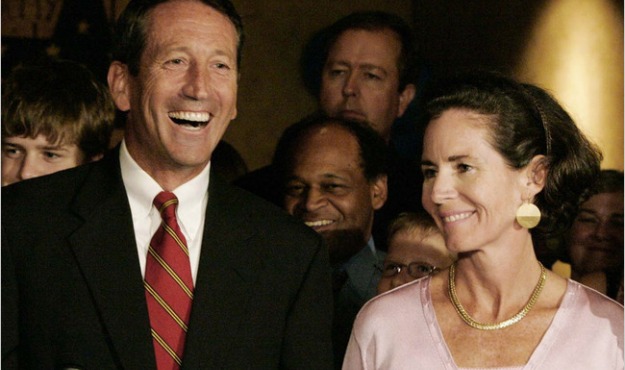 The news was first reported by CNN's Peter Hamby.

Scott is considered the odds-on favorite for the appointment to replace Sen. Jim DeMint (R-S.C.), but Sanford's inclusion should set off a new round of buzz about Haley's choice.

The first lady notably distanced herself from her then-husband, former governor Mark Sanford (R), after he acknowledged an affair with a woman in Argentina. They have since divorced and Mark Sanford is now engaged to his mistress.

Even before the scandal, Jenny Sanford was long regarded as a sharp political mind and someone who could run for political office in her own right in the future.

Picking a buzzworthy woman could also help Haley beat back any criticism should might face by not picking Scott, who would become the only African-American senator. Sanford is a sympathetic figure in South Carolina who was popular as first lady.

At this point, though, it's still hard to see how Haley doesn't pick Scott.

Among the other candidates:

* Gowdy is a freshman like Scott, having first been elected in 2010 after beating then-Rep. Bob Inglis (R-S.C.) in a primary. The former prosecutor is also considered a rising star.

* McMaster was thought by many to be a potential placeholder -- serving in the seat only until the 2014 election. But then Haley said Monday that she wouldn't appoint a placeholder. McMaster is still in the running though, and given his 2010 run for governor, it's clear he has ambitions to be more than a placeholder.

* Templeton is the least-known candidate in the field. She's an attorney whom Haley appointed as head of the Department of Labor, Licensing and Regulation in December 2010 and then appointed to lead the Department of Health and Environmental Control in January. She's young (in her early 40s) and apparently has a great rapport with Haley. (More on Templeton here.)

Names that were not on the list include Reps. Mick Mulvaney, Jeff Duncan and Joe Wilson (Mulvaney in particular was thought to be a contender) -- not to mention, of course, comedian Stephen Colbert, who has been faux-angling for the job in recent days on his TV show, "The Colbert Report."