It's easy to think that in the wake of Wayne LaPierre's angry press conference and the National Rifle Association's tin-eared web video on President Obama's daughters that the NRA is losing -- and losing badly -- in the fight over the proper place for guns in American society. 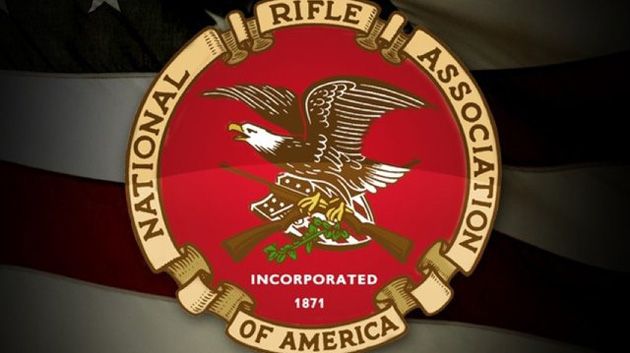 The National Rifle Association is at the center of a debate on guns and gun control.

There's little doubt that the inside-the-Beltway crowd and those who have been longtime advocates of more gun control laws are outraged by the brash style that the NRA has adopted following the shootings in Newtown, Conn.

But, there's also plenty of evidence to suggest that the NRA is regarded entirely differently in the country at large. Polling conducted by NBC News and the Wall Street Journal this week showed 41 percent of people had a favorable opinion of the NRA, while 34 percent viewed it unfavorably, a margin largely unchanged from a similar survey conducted in January 2011.

And a look at the longer-term trend line on views of the NRA by Gallup suggests a striking consistency in the overall impression Americans have of the gun rights group.

(Worth noting: The last Gallup survey, which showed the NRA's favorable rating at 54 percent, was taken after the LaPierre press conference.)

With all of that as backdrop, there are at least two major reasons to think the NRA will emerge from the national debate on guns as a winner.

1. The NRA is already in the midst of a membership boom, as the actions taken by Obama -- and, in particular, his executive orders -- convince people that the threat of the government seizing guns or limiting gun ownership is real and, because it is, a counter-weight to that government is needed. (To be clear: Obama has never said anything that would suggest confiscation of guns is a possibility.)

According to NRA spokesman Andrew Arulanadam, the group has added 250,000 new members since gun control re-emerged in the national debate and added 400,000 more followers to its Facebook page (from 1.6 million to 2 million). Arulanadam wouldn't disclose any information about the pace of donations to the NRA over that same time period, but it's hard to imagine that hasn't heavily increased as well.

2. The likelihood is that whatever passes through Congress will be small, not big. While the NRA is fighting on all fronts at the moment -- including opposing the executive orders signed by Obama -- the organization almost certainly recognizes that some sort of measure(s) restricting gun rights is likely to be made law.

Given that, the NRA's goal -- unstated, of course -- is likely to keep what Congress passes on the small side in terms of impact. So a ban on high capacity ammunition magazines might be acceptable, but a new version of the assault weapons ban wouldn't be.

If early remarks from Congress members are a good indicator, a small move on guns seems to be the preferred option -- even for many Democrats who either a) represent rural seats/states or b) hold Republican-leaning seats/states.

The likelihood of a small-bore bill coupled with the near-certainty of record growth in membership and money are a sort of best-of-both-worlds scenario for the NRA.

To be clear, risks remain for the long-term health of the group -- particularly if its Washington leadership comes to be viewed as detached from its millions of members -- but to assume this gun debate is a stone-cold loser (especially in the near term) for the NRA is to badly misread the political landscape.

"To talk about the president’s children or any public officer’s children who have — not by their own choice, but by requirement — to have protection and to use that somehow to try to make a political point I think is reprehensible,” Christie said.

"Anybody who is sick and tired of Chris Christie's big mouth, raise your hand," Levin said.

This is not the first time, of course, that Christie has irritated his party's right flank in recent times. He also did so at the end of the 2012 election when he praised Obama's hurricane response -- something some Republicans blamed, at least in part, for Obama's victory.

Vice President Biden suggests the current push for gun control will succeed where others have failed.

Just 13 percent of Americans don't like Michelle Obama, but her favorable rating has dropped from a high of 67 percent to 51 percent today, according to a new CBS News/New York Times poll.

The heads of the AFL-CIO and the Chamber of Commerce had breakfast together Thursday.

Republicans at a retreat on Thursday discussed outreach to minorities in a room that was named for a plantation that used slave labor. Meanwhile, a GOP pollster encouraged Republicans to stop making assertions about rape.

Despite her moderate record, Sen. Susan Collins (R-Maine) doesn't appear to have much to worry about in her 2014 primary.

Rep. Tom Cole (R-Okla.), a member of the Chickasaw Nation, says the Washington Redskins' nickname is "very, very, very offensive" and should be changed.

"Massacre Sways Public in Way Others Did Not" -- Michael Cooper and Dalia Sussman, New York Times