A growing number of Americans are not just dissatisfied, but angry at Washington after repeated standoffs over taxes and the deficit have pockmarked the start of President Obama's second term. 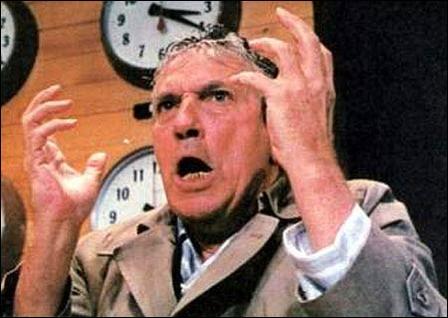 Fully 30 percent of Americans say they feel outright "angry" about Washington in a CBS News poll released Tuesday, up from 21 percent in December and numerically above a previous high of 28 percent amid the 2011 debt ceiling battle. Republicans continue to express the most anger (43 percent), but independents have fueled the rise with an 11-percentage point jump in anger.

Indeed, independents have soured on Obama in particular since his reelection. In the CBS News poll, independents disapprove of Obama by a 50 to 38 percent margin, a flip from February when they tilted 48 to 37 percent in approval. That mirrors a 10-point approval drop from January in a Washington Post-ABC News poll earlier this month.

The drops among independents has dragged on Obama's overall rating, which is down to 45 percent in the CBS poll, mirroring declines in other polls.

With 2014 elections still in the distance, it will be a long time before the public can register its dissatisfaction at the polls (one potential showdown is the tight Virginia gubernatorial race to be decided this November). But with any major deficit compromise likely to include some tax increases and cuts to unpopular programs, it's not clear how Washington will climb back into the public's graces.

The CBS News poll was conducted via conventional and cellular phones March 20 to 24 among 1,181 adults nationwide. The margin of sampling error for overall results is plus or minus three percentage points.