Congrats! You dump 100 plastic bottles in nature each year. You may not realize it, but every year you dump the equivalent of 100 plastic water bottles into the environment. And even those of you who are religious recyclers are not helping much. Here’s why: In 2017 alone, the United States generated 268 million tons of trash. Only about a third of that was recycled or composted — most of the rest ended up in landfills. More than 300,000 tons of plastic are estimated to be littered or inadequately disposed each year. Pollution is carried to the ocean by wind, rivers or wastewater outflows. Somewhat like this:

The plastic that wound up not recycled or in landfills in 2017 added up to about two pounds per person, or the equivalent of 100 plastic bottles, according to a calculation by Jan Dell, an engineer and founder of the Last Beach Cleanup. “There’s no sane way to try to collect it all,” said Dell, who thinks the excessive use of single-use items is the main problem. “The most sane way is to try to use less and stop the plastic pollution problem before it starts.” 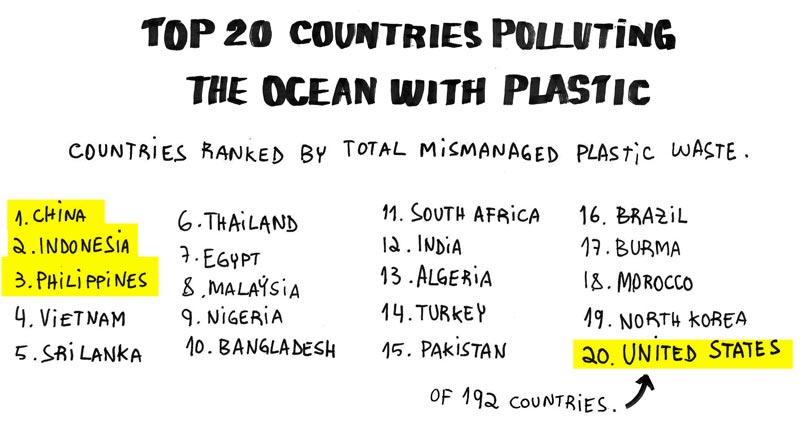 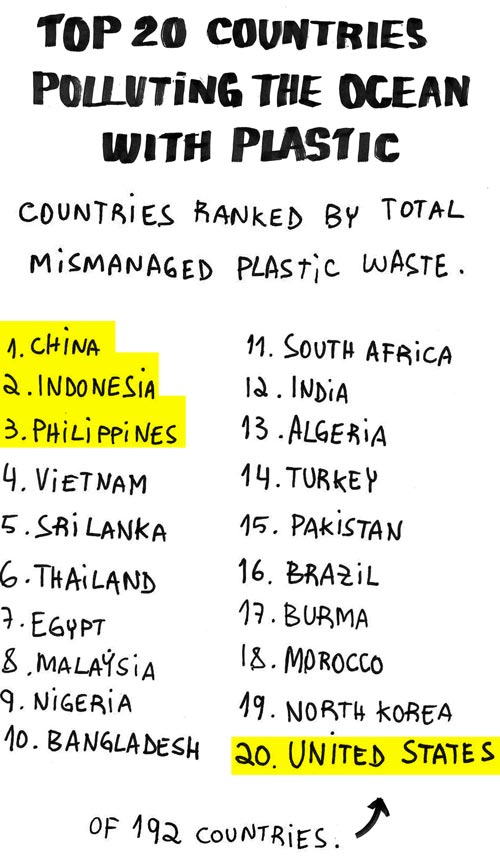 To get an idea of the quantity of mismanaged trash generated in the United States, picture this: A litter cleanup organized by the advocacy group Ocean Conservancy in 2018 collected 3.9 million pounds of trash from rivers and beaches around the country in one single day. All the top 10 items collected contained plastic, from cigarette butts to food containers and grocery bags. That’s more than the weight of 22 Boeing 737-800s fully loaded.

Even avid recyclers are not necessarily making a difference. For starters, the recycling industry is in crisis: There’s so much junk mixed with the recyclables that the cost of separation is making the business financially unviable. The crisis worsened when China stopped taking our recyclables in 2018. Hundreds of cities reduced or stopped recycling.

As a result, a lot of good recyclable material winds up in landfills. In 2017, only 8.4 percent of the plastic used in the United States was recycled.

Long story short: Recycling remains necessary. But it simply is not a feasible solution for the volume of trash we are generating. Consider this: 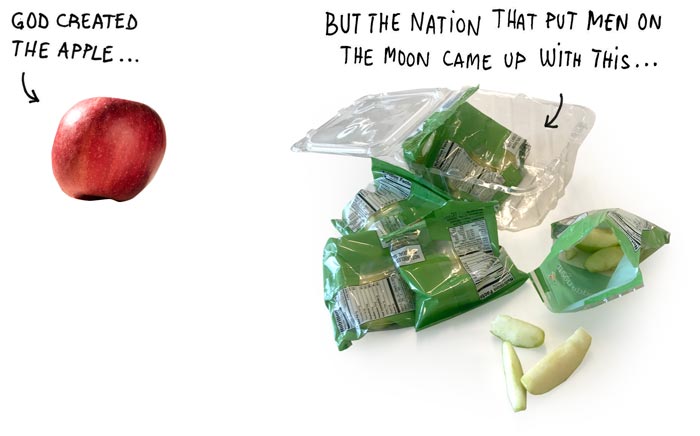 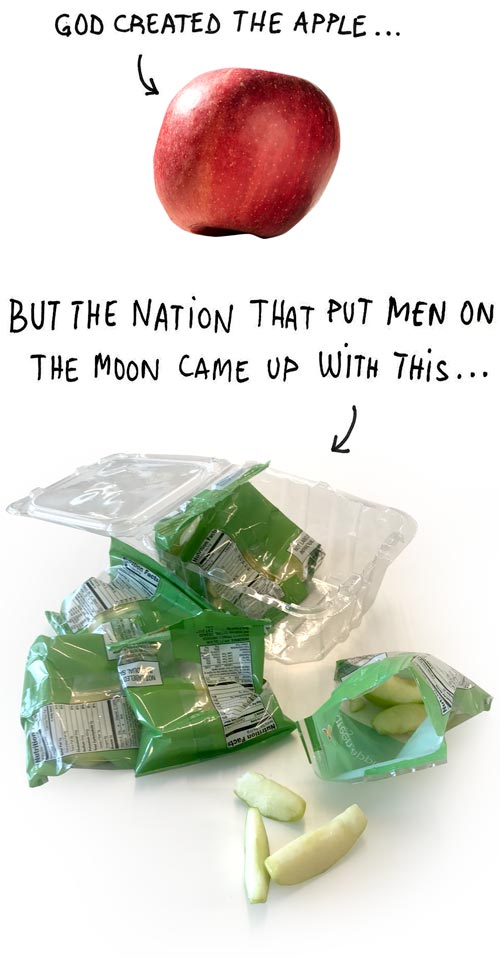 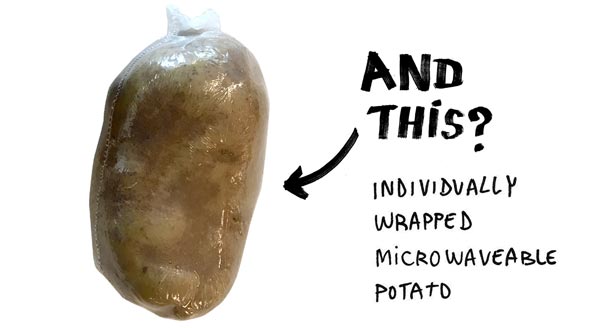 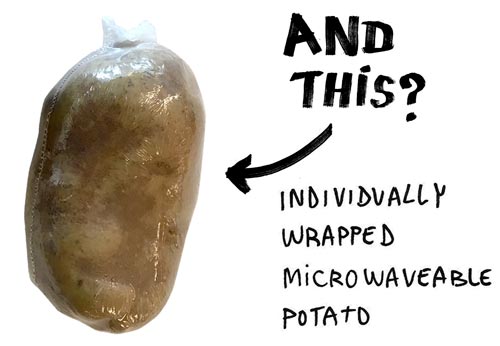 We have gone overboard with plastic and yet it could get a lot worse: If we do nothing about it, the amount of plastic in the global environment could triple by 2060, according to a study published last year in Nature.

So, what can you do? A little goes a long way: Reuse all the plastic you can. And think very hard before buying anything that is wrapped in plastic and you might use only once. 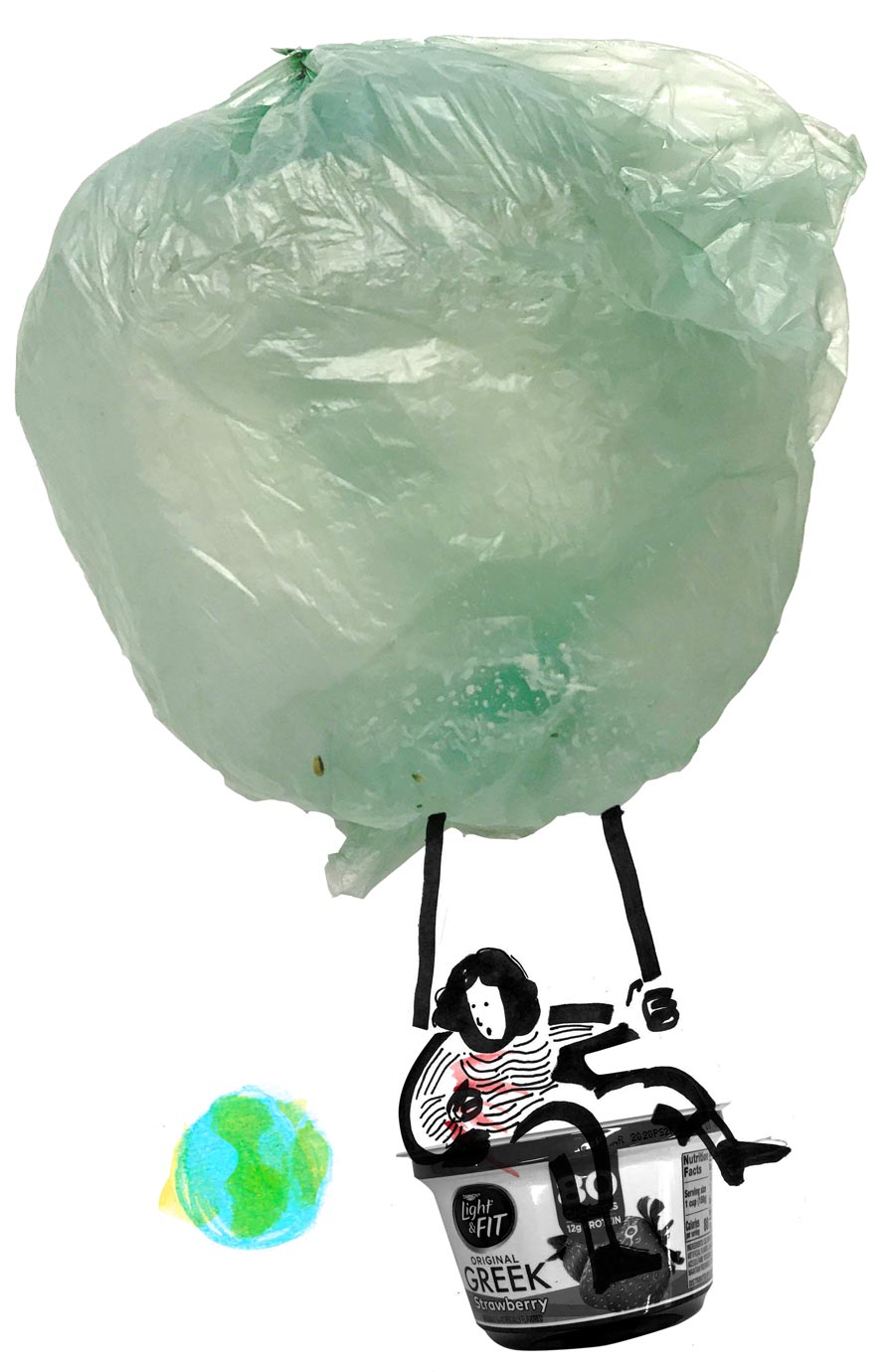 Ann Telnaes cartoons: Our (over) use of plastics

Sergio Peçanha: Are cows better represented in the Senate than people?

The Post’s View: Every human should be alarmed by the plastic crisis in our oceans

The Post’s View: Global warming is already here. Denying it is unforgivable.