“I watched that hearing, and I watched a man saying that he did have difficulty as a young man with drink.”

Did Judge Brett M. Kavanaugh, President Trump’s Supreme Court nominee, have a problem with alcohol as a young man, and has he been honest about his drinking habits?

One woman, Christine Blasey Ford, says he sexually assaulted her after drinking heavily in high school. Another, Yale University classmate Deborah Ramirez, says he exposed himself during a drunken evening, though her memory of what happened is not clear.

“Brett groped me and tried to take off my clothes. He had a hard time because he was so drunk, and because I was wearing a one-piece bathing suit under my clothes. I believed he was going to rape me,” Ford told the Senate Judiciary Committee. “Brett was laughing,” Ramirez told the New Yorker. “I can still see his face, and his hips coming forward, like when you pull up your pants.”

Kavanaugh adamantly denies both allegations. During his testimony before the Judiciary Committee on Sept. 27, Kavanaugh walked a fine line between admitting drinking too many beers on occasion and asserting that he never drank so much that he did not remember what happened the next day.

“My friends and I sometimes got together and had parties on weekends,” Kavanaugh said. “The drinking age was 18 in Maryland for most of my time in high school and was 18 in D.C. for all of my time in high school. I drank beer with my friends. Almost everyone did. Sometimes I had too many beers. Sometimes others did. I liked beer. I still like beer. But I did not drink beer to the point of blacking out, and I never sexually assaulted anyone.”

(Note: The drinking age was raised to 21 in Maryland when Kavanaugh was still 17, and it was 20 in Connecticut when he entered Yale.)

Kavanaugh also minimized high school yearbook references to drinking, such as being listed as the “treasurer” of the Keg City Club, a line about “100 Kegs or Bust” (supposedly a senior goal was to empty 100 kegs of beer) and that he was the “biggest contributor” to the Beach Week Ralph Club. He acknowledged that “Ralph” was code for vomiting but said, “I’m known to have a weak stomach.”

Sarah Hepola, author of a memoir titled “Blackout,” wrote that blacking out is “a temporary, alcohol-induced state in which you can remain functional and conversational, but later you will have no memory of what you did, almost as though your brain failed to hit the ‘record’ button.” So if it could be established that Kavanaugh had ever blacked out during drinking, it would provide a possible explanation for Ford’s vivid memory of an attack and his insistence that, if it happened, he was not involved.

Questioned directly whether he blacked out, Kavanaugh said: “I’ve gone to sleep, but I’ve never blacked out. That’s the allegation? That’s wrong.”

So far, no evidence has emerged that Kavanaugh was arrested for a bar fight, cited for underage drinking or treated for alcoholism. Moreover, no one has come forward to say they remember Kavanaugh, as a student, admitting that he could not remember what happened the night before.

Instead, we have diametrically opposed recollections offered by friends and former classmates in media interviews — that he was either a social drinker who never went to excess or that he was a stumbling, sometimes nasty drunk. Disturbing accounts have also emerged of Washington prep school culture in the 1980s, in which men lined up to have their way with a drunk woman, and Yale’s stratification between the jocks and legacy students such as Kavanaugh and people from humbler backgrounds.

Given that these recollections have been spread across various media outlets, here is a complete collection of these conflicting accounts. The Fact Checker found at least six on-the-record statements critical of his drinking and at least three people who disputed it was a problem. (We did not include anonymous accounts.) There is not enough consistent information to assign a Pinocchio rating, so readers can judge for themselves.

Kavanaugh was a ‘sloppy drunk’ and surely had blackouts

Liz Swisher, a Yale classmate who is now chief of the gynecologic oncology division at the University of Washington School of Medicine, told The Washington Post:

“Brett was a sloppy drunk, and I know because I drank with him. I watched him drink more than a lot of people. He’d end up slurring his words, stumbling .… There’s no medical way I can say that he was blacked out. . . . But it’s not credible for him to say that he has had no memory lapses in the nights that he drank to excess.”

“There is no doubt in my mind that while at Yale, he was a big partyer, often drank to excess. And there had to be a number of nights where he does not remember. In fact, I was witness to the night that he got tapped into that fraternity, and he was stumbling drunk in a ridiculous costume saying really dumb things. And I can almost guarantee that there's no way that he remembers that night.”

Brookes, in an interview with The Post, recalled Kavanaugh wore a superhero cape and an old leather football helmet and swaying, working to keep his balance. He was ordered to hop on one foot, grab his crotch and approach her with a rhyme. He couldn’t keep balanced, she said, but belted out the rhyme she has remembered to this day: “I’m a geek, I’m a geek, I’m a power tool. When I sing this song, I look like a fool.”

“It’s a funny, drunk college story that you remember — at least, I remember,” Brookes said. As she tracked his career over the years, and his rise in the federal court system, she said, “I thought it was so funny to think that’s the Brett who sang that song.”

Daniel Lavan, who lived in Kavanaugh’s freshman-year dorm, told the New York Times: “I definitely saw him on multiple occasions stumbling drunk where he could not have rational control over his actions or clear recollection of them.… His depiction of himself is inaccurate.”

James Roche, Kavanaugh’s freshman-year roommate at Yale and now chief executive of a software company called Helix Re, issued a statement saying that Kavanaugh was “was a notably heavy drinker, even by the standards of the time, and that he became belligerent and aggressive when he was very drunk…. I do remember Brett frequently drinking excessively and becoming incoherently drunk.” Roche said he was unaware of the incident alleged by Ramirez but “based on my time with Brett, I believe that he and his social circle were capable of the actions that Debbie described.” In Slate, Roche wrote: “He claimed that he occasionally drank too much but never enough to forget details of the night before, never enough to ‘black out.’ He did, regularly.”

S. Christopher “Kit” Winter, a freshman-year suite-mate and now an attorney in Los Angeles, told the Cut that Kavanaugh and his crowd, whom Winter described as “loud, obnoxious frat boy-like drunks,” were the hardest drinkers on campus. “There was a lot of vomit in the bathroom,” he said. “No one ever cleaned it up. It was disgusting. It wasn’t incidental. It wasn’t, ‘Oh, this weekend someone puked in the bathroom.’ People were constantly puking in the bathroom. Constantly.”

Charles “Chad” Ludington, a former basketball player at Yale and now a professor at North Carolina State University, issued a statement that he could “unequivocally say” that Kavanaugh had “not told the truth” in his Senate testimony. He said he knew Kavanaugh because the future judge liked to socialize with athletes.

“At Yale, and I can speak to no other times, Brett was a frequent drinker, and a heavy drinker,” Ludington said. “I know, because, especially in our first two years of college, I often drank with him. On many occasions I heard Brett slur his words and saw him staggering from alcohol consumption, not all of which was beer. When Brett got drunk, he was often belligerent and aggressive. On one of the last occasions I purposely socialized with Brett, I witnessed him respond to a semi-hostile remark, not by defusing the situation, but by throwing his beer in the man’s face and starting a fight.” The New York Times reported that a police report showed Kavanaugh was questioned in the incident but was not arrested.

In remarks to reporters, Ludington said: “There are many times that he could not remember what was going on.”

Kavanaugh drank but was not a ‘stumbling drunk’

Tom Kane, a high school friend at Georgetown Prep, told CNN: “We drank a high volume, but I never saw him stumbling drunk. I never knew him to forget anything. He was a man of higher standards than we had, most of us. And no, he was always under control.”

In an interview with The Post, Kane said: “Drinking was prevalent in high school, but some guys handled it better than others, and Brett always maintained his composure.… He was never all that interested in getting wasted.”

Dan Murphy, a Yale roommate, said in a statement distributed by the White House: “I never saw Brett black out or not be able to remember the prior evening’s events, nor did I ever see Brett act aggressive, hostile, or in a sexually aggressive manner to women. Brett was and is a good-natured, kind, and friendly person, to men and women. The behavior I’ve heard other people want to attribute to him, but from people who did not live with Brett and therefore not in the same position to observe, is simply wrong, and such behavior is incompatible with what I know to be true.”

Chris Dudley, another Yale friend who played professional basketball during a 16-year career that ended in 2003, told The Fact Checker: “I am entirely perplexed about what exactly is going on. Brett said that he drank…. But he never blacked out, he never acted improperly toward any women. He was a humble, kind, gentle person.”

Ludington, asked by reporters about the statement that Kavanaugh was never known to have blacked out, said: “Unfortunately, I believe my friend, now probably ex-friend, is lying.”

Brookes, in her CNN interview, recounted that “I do remember one party in particular where both Brett and Chris Dudley were very drunk. And they thought it would be really funny to barge into a room where a guy and girl had gone off together and embarrass that woman. Chris Dudley was, I believe, the one that went in under the egging on of Brett Kavanaugh, and they thought it was funny. The girl was mortified and I was furious. So, I’m not sure he’s the best character witness.”

Asked about this alleged incident, Dudley rejected it as untrue: “That is ridiculous. I don’t know what she’s talking about. It’s so sad.” 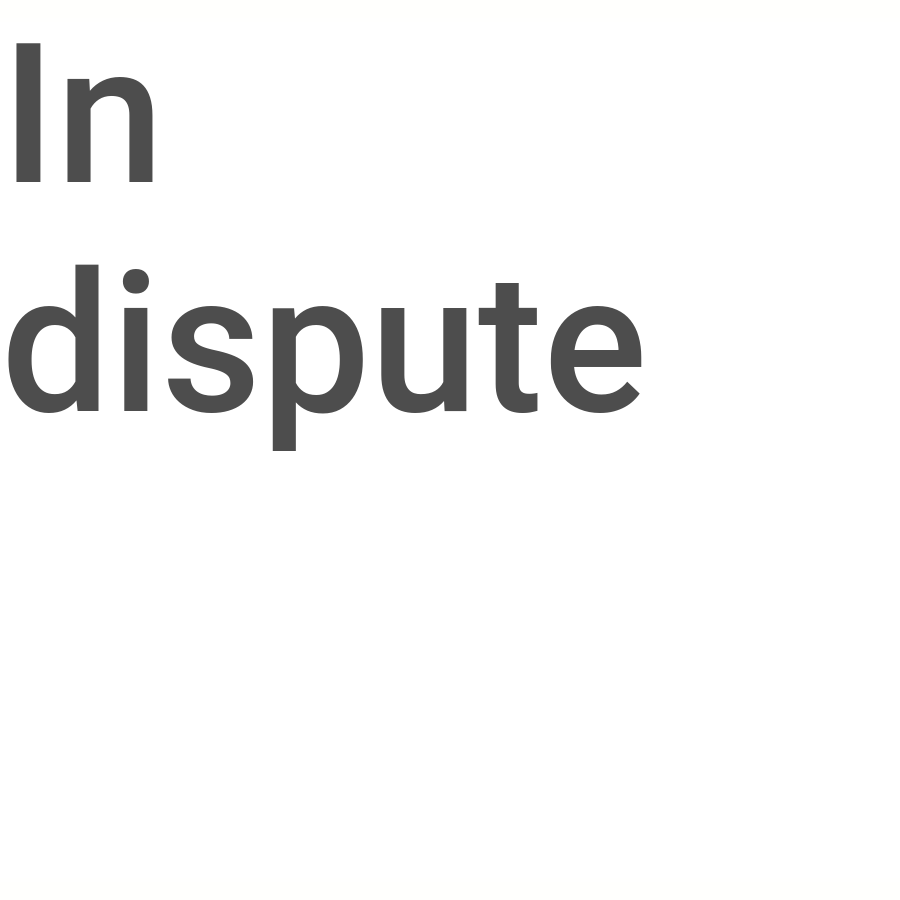 Washington Post Rating:
In dispute
“I watched that hearing, and I watched a man saying that he did have difficulty as a young man with drink.”
Donald Trump
President
www.whitehouse.gov

This just in: White House criticizes Trump’s dinner with Fuentes and Ye