This is a story about how relatively minor procedural votes make their way into campaign ads.

A key issue in the debate over the American Health Care Act (AHCA), the failed House Republican plan to repeal and replace the Affordable Care Act, was Obamacare’s popular provisions barring insurance companies from refusing people with preexisting health conditions — or charging them more. As we have documented, the GOP bill would have weakened those protections, with states having the option to make changes that could have left people with preexisting conditions vulnerable to large increases in premiums, according to the Congressional Budget Office.

Democratic ad-makers appear to be looking for the cleanest hit possible — an actual vote against protecting preexisting conditions during the debate over the AHCA. But they get there in Rube Goldberg fashion — and it’s an especially unfair attack against Fitzpatrick.

All of these votes have to do with parliamentary actions — a vote on the previous question (in plain language, ending debate) and a motion to send a bill back to committee. Both are messaging tools for the minority in the House of Representatives, as the votes on these issues tend to fall almost along party lines. It’s about as rare as a solar eclipse for one of these votes to succeed.

The two votes on ending debate were on an especially obscure issue — the rules for voting on the passage of an actual bill. So it’s two steps removed from actual legislation. But the minority in the House has few tools to set the terms of the floor debate, so these maneuvers are seen as a way to get their framing of the issues on the table.

In the votes regarding ending debate, there was no actual legislation being considered. Instead, the Democrats pledged to offer an amendment on preexisting conditions if their side won on the pending procedural matter.

On May 3, the planned amendment would have changed the rules of the House on crafting health-care legislation, including preventing consideration of a bill that would deny health coverage or require higher premiums because of preexisting conditions. (The rule being debated actually concerned an appropriations bill.)

In other words, these were not votes against protecting preexisting conditions; they were votes against ending debate so an amendment could be offered to change the rules of the House. There was never a vote on the actual amendment.

Republicans sought to protect themselves from these procedural votes by including this language in the resolution being debated on May 4, added as section 137 (b) of the bill: “Nothing in this Act shall be construed as permitting health insurance issuers to limit access to health coverage for individuals with preexisting conditions.” But the AHCA was passed before a CBO assessment, and the CBO later said that states that took advantage of certain waivers could perversely end up blowing up their insurance markets, resulting in spiraling costs for people with preexisting conditions.

Both debate-ending measures were defeated along party lines, with only one Republican, Rep. Walter B. Jones (N.C.), joining the Democrats.

The Jan. 4 vote is slightly more relevant, but just barely. This was a motion to send a bill under consideration — having to do with “midnight regulations” being crafted by the outgoing Obama administration — back to committee with specific instructions.

In this case, the motion to recommit would have included a directive to amend the bill to maintain the preexisting provisions of the ACA, specifically by prohibiting “discrimination by health insurance issuers and group health plans on the basis of preexisting conditions or gender, including in the form of higher premiums for women or loss of benefits such as mammograms, cervical cancer screenings, prenatal care, and commonly prescribed contraception.”

So, at least here, lawmakers were voting on actual amendment language. But again, the vote went along party lines, with only one Democrat (Rep. Kyrsten Sinema of Arizona) joining the Republicans and no Republicans voting with the Democrats.

Sinema, who is running for the Senate, has touted her commitment to keeping the protections for preexisting conditions. An aide to Sinema said she supported the midnight-rules legislation and voted against the motion to recommit because the preexisting-conditions language offered by the Democrats was irrelevant to the underlying bill.

In any case, though Sinema voted the same way as Fitzpatrick, she obviously is not being attacked by Democrats for the vote.

One reason is that Sinema voted against the AHCA. But so did Fitzpatrick! He was one of 20 Republicans to do so, which shows that these procedural votes are more a matter of party loyalty than policy.

In his news release explaining his opposition to the AHCA, Fitzpatrick cited his concerns about the law’s weakening the provisions on preexisting conditions: “Any changes to our current system must ensure both the continuity of coverage and the continuity of patient protection provisions.”

Well, that certainly explains why the DCCC is focusing on procedural votes. Fitzpatrick voted with Democrats to try to defeat the bill — which is clearly the most important vote. So the DCCC, by relying on these procedural votes, is misleadingly trying to make it appear as if he voted for the law.

Tyler Law, a DCCC spokesman, declined to comment on Fitzpatrick’s vote against the AHCA or the Jan. 4 vote. He would comment only on the May 3 and 4 votes to end debate, which attracted the support of one Republican, Jones.

“There was bipartisan support for this vote, which would have allowed for the protection of people with preexisting conditions like asthma, cancer and diabetes, but Brian Fitzpatrick chose to side with Washington Republican Party bosses,” Law said. "The vote speaks for itself.”

Interestingly, the May 4 vote is also cited in an ad for Abigail Spanberger, a Democrat who is challenging Rep. Dave Brat (R) in Virginia’s 7th Congressional District. “I feel betrayed by Dave Brat. He voted against protections for preexisting conditions,” says Virginia resident Jody Cametas, identified as a former Brat voter, as the vote citation appears on the screen.

“Congressman Brat chose to vote against bringing up an amendment to protect preexisting conditions,” said Justin Jones, a spokesman for Spanberger, in explaining the ad’s reliance on the May 4 vote. "He had an opportunity to reach across the aisle (as Rep. Walter Jones did) and make that change. He didn’t. And then he voted for the final bill, which undoubtedly gutted protections for preexisting conditions. It wasn’t the first time he’d voted to do that. He’s done it many times.”

The DCCC really crosses the line here. Fitzpatrick bucked his party to vote against one of the president’s top priorities, the repeal of Obamacare, specifically because he was concerned about the impact on people with preexisting conditions. His reward? Being attacked for selling his constituents out on the issue because of his minor procedural votes, when just about every member of Congress sticks to party lines.

The vote that really counted on preexisting conditions was the tough one — on the proposed law itself. You would think the Democrats would at least applaud him for his courage, but apparently that’s not how the game is played these days. The DCCC earns Four Pinocchios. 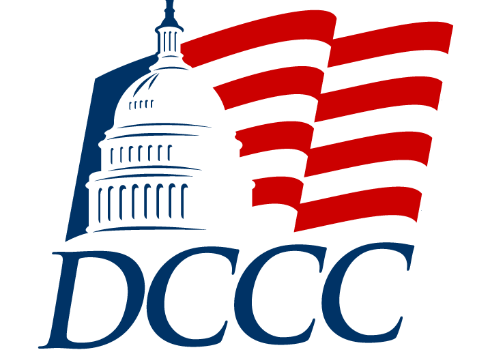